Roy was a United States Airforce veteran who served four years before being honorably discharged. He was raised in DeRidder, Louisiana in the Graybow. After being laid-off from Goodrich Gulf he worked as a plumber with his father-in-law, Julius Morriss, in the greater Houston area. He later hired in at Sinclair-Copper and retired after thirty plus years of service as an operator and shift supervisor with Equistar. Roy enjoyed the outdoors. He liked to play golf and he cherished his friends. Most of all, he loved his family and enjoyed spending time with them.

He is preceded in death by his parents, Dorothy and Roy Hickman; and wife, Corrine Hickman.

Memorial contributions may be made the your local VFW. 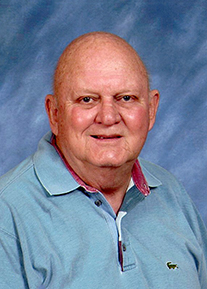 Will and JoAnn Hagood

We will miss you Roy. We shared many memories together and had a great time together when we were young. Dewayne and family I know you will¹ miss him and also Dewayne he would be proud of you taking care of him. We all know the sacrifices you made and how much you loved your dad. Always remember that you did all you could do for him. We love you and your family

Dwayne, Julie and Brayden we are so very sorry for your loss. Our thoughts and prayers are with you.

So sad to loose another cousin. Roy will be missed so much. Prayers for all his family, and all of us his cousins.

So sorry for your families loss

My sincere condolences to the family

Worked with Roy for over 30 years. One of the nicest kindest gentleman I have ever known. Rest In Peace Mr. Hickman. Prayers for his family.

We meet Roy & Corrine in Yellowstone Park. We were camped site by side we became great friends and enjoyed our times we were able to get back together. Our love for the family the McCullen from Norrh Carolina

Mr Roy ... i will mis you and you will for ever be in my heart i am so blessed to have got to spend the last 9 months being your beat friend . I love you so you was my guy and you knew it . Rip buddy !

My Condolences! Peace and comfort to all.