He was a retired operations manager and co-owner of ROS Vacuum Service.  He was a faithful member of the First Christian Church of Sour Lake.  He devoted his life to his family and was especially proud of his children, grandchildren and great- grandchildren.

Roy is preceded in death by his parents; sisters, Doris Walters and Verna Ledgerwood; and brothers, Lawrence Harmon and Gene Harmon.

A gathering of Mr. Harmon’s family and friends will begin at 1:00 p.m., with his funeral service at 2:00 p.m., Monday, January 9, 2023, at First Christian Church, 175 Mitchell Street, Sour Lake, under the direction of Broussard’s, 1605 North Major Drive, Beaumont. A family graveside service will be held at Pine Ridge Cemetery, Sour Lake. 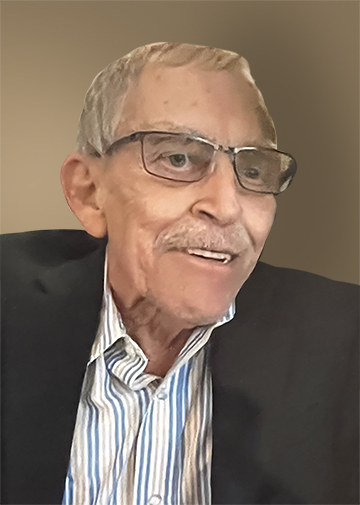 Joann and Family, I’m so sorry to see that Roy has passed away. I want y’all to know that my thoughts and prayers are with you. May God Bless you all.

My thoughts and prayers are with you all.
God bless,
Shannon (Flowers) Garrod

It is always sad to hear of one’s passing. It was the same for me when Mike told me about ROY. Joann, Karen, Valerie and Bryan my heart goes out to you as you grieve for your husband and the kids for their dad. Folks that knew ROY will miss him as well. But we find peace and comfort in knowing as believers that we will see ROY again on that great and glorious day when JESUS and his angels return to claim those who are left. My prayers go out to the Harmon family.

Our prayers are with your family. Roy is now with God and is happy and healthy.

Mrs. JoAnn and family
My heart is just so broken to hear about Mr. Roy.
My thoughts and prayers are with you and the family.
I will always remember his kindness he showed to everyone and the love he has for His Lord.
You will be greatly missed.

Karen, Valerie, and Bryan,
I’m so sorry for your loss. You all and your mom will be in our prayers!
Love,
Carol Joy

Dear Harmon family, I am so saddened to hear that Roy passed away! He was so much like a second Daddy to me! I loved him dearly! I remember how much of a family man he was. He was a great person and I know he will be missed by everyone! I’m so sorry for your loss! God bless all of you and may you all have comfort and peace 🙏❤️

Joann and family, I am so sorry to hear of Roy’s passing. Mama loved you both dearly. Praying for all of you.

Dear Joann and family we are so sorry for your loss he was so sweet! Know that God is in charge and he is taking care of Roy and is watching over you!!

Joann, Karen, Valerie, Bryan and family: To know Roy was to love him. He was my co-worker, later my boss and best of all, my friend for forty years. We drank thousands of cups of coffee and discussed that many newspaper articles together. He was a good man, faithful to his church and raised his children right. He was great at math and could figure how many barrels of whatever was needed for a job in his head. He knew all there was to know about welding, tractors and trucks among so many other subjects. I enjoyed our many visits these last few years (knowing not to show up during evening news time) maybe just sitting on the front porch watching the world go by or watching the westerns you loved so much with you. We will all miss you terribly, but how blessed we have all been by knowing you.

Our thought and prayers are with JoAnn and family. May Roy Harmon, RIP

I am so sorry for your loss. May God be with you all!

Roy was such a wonderful man. His service to the Lord and to our church will forever be a legacy for others to follow. May the Lord provide comfort and peace to JoAnn and all of his children, extended and church families, and friends. Rick and I send our sincerest condolences.

We’re so sorry for your loss. Peace be with you all.

Joann and family, we are so sorry to hear of Roy’s passing. You and your family will be in our THOUGHTS AND PRAYERS. RIP ROY🌹🙏🙏🙏🙏

We are sorry for your loss Roy was a good man and will be missed by many. we will keep your family in our prayers

I am so sorry to hear of Roy’s passing. I pray that our Lord and Savior hold you close, bless you with peace and comfort during this time.