Roy G. Olivier, 98, of Winnie died Friday, September 23, 2022 at his residence.  He was born on July 29, 1924 in Church Point, LA to Albert Olivier, Jr. and Annie Richard Olivier.  On February 16, 1946, he married Emma Mae Hanks and their marriage lasted one month shy of sixty-three years—a remarkable testament to love, devotion and the institution of marriage.  Roy and Emma lived in Nederland for twelve years before moving to Winnie in 1958, where Roy resided after Emma’s passing in 2009 until his death.

He proudly served our country during World War II in the US Navy as a Seaman Second Class, stationed at Pearl Harbor, HI.  Upon discharge, he returned to Church Point, LA where he worked on his family’s farm.  A few years later, he moved to Port Arthur, where he took a job at Texaco as a process operator, got married, and started a family; anyone who knew him during those days can truly say there is no doubt he loved his children and grandchildren deeply.  Roy was a devout Catholic, long-time member of the St. Louis Knights of Columbus and was extremely active in the church, serving as an usher, volunteering for St. Vincent de Paul at The Vine, and anywhere else he was needed.

Roy was also a gifted carpenter doing a lot of the custom wood work in his home and after he retired from Texaco worked with a close friend remodeling houses.  He also had a deep love for fishing and gardening and was always willing to mentor the younger generation in the art of both.  He was also a very accomplished cook of Cajun cuisine, frequently cooking up savory dishes from his catch of the day or garden.  His squash casseroles were all the rage in Winnie!

The family would like to express their sincere thanks to Phyllis German, Celicia Moeller, and Terri Breaux West for their loving support and care of Roy in his later years and recent weeks. 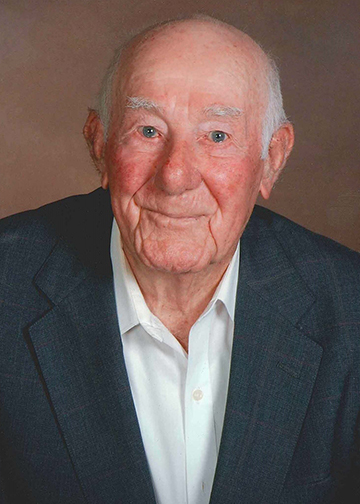 Mr Roy, I am so blessed to have had the honor of spending time with you over the last couple of years. I will miss that beautiful smile and your incredible sense of humor. It’s comforting to know you have been reunited with the love of your life. Instead of saying goodbye, I’ll say so long until I see you in eternity.

Michelle ~ My heart is breaking for you. Time will ease the pain of your loss. You have a lifetime of memories to cherish and 2 very special Angels smiling down on you. I’m here for you anytime you need me. I love you sister!

So sorry to hear of Mr Roy’s passing. He was such a gentleman with kindness flowing from every part of his body.We all loved him so much. I’m praying for all of you

Roy was a firecracker and a pleasure to be around. Our condolences to the family.

Mr Roy will truly be missed from his special Bible study spot here in austin Texas. I truly will miss that smile

Mr. Roy was a very special friend to me and all of us that Volunteered at St. Vincent thrift store! He will certainly be missed ! Rest In Peace Mr. Roy till we meet again!

We (his church family) will all miss him. He was a true friend. Always a smile on his face. May he rest in peace! You have our love and prayers!

We were so blessed to have know and spent time with Roy. He was such a kind and fun person. He will be greatly missed.

I’m so sorry for the loss of your dad. My thoughts and prayers are with you at this time.

My deepest sympathy as you part with your dad. We look forward to the day that starts eternity and we’ll all be with our parents again.
I always loved being at your house, listening to your mom and dad converse in Cajun.
May you both have great peace and comfort at this time.
Love,
Iris

We are so thankful to have known such a wonderful man. Roy will be missed by many. Our condolences to the family.

What a blessing he was to all who knew him! My heartfelt condolences to the family.