Roy was an active member of the United States Marines from 1952-1954, and a member of the reserves from 1954-1960. After his active duty, he attended Lamar University, where he was a student leader and active in many organizations. He graduated in 1957 with a BBA in Accounting, and became a Certified Public Accountant in 1973.

Roy was involved in various Beaumont business for many years. He was a founder of G & S Cable Co Inc., Southern Automotive Inc., and Lone Star Air Compressor Co. Inc.

In addition to the companies he founded and worked at, he served as controller for Baptist Hospital of Southeast Texas during the computerization of the hospital. He later worked at Lindy Dennis Air Conditioning, Inc., serving in the positions of controller, vice-president and president.

His work experience eventually led him to consulting with other contractors and businesses in Beaumont and the state. While doing consulting he was contacted by the Lamar Small Business Assistance Center, which was part of the John Gray Institute, and asked to provide assistance to their clients. After several months he was asked to become the director of the Center. He accepted the position, and later helped the Center to get connected with the University of Houston Small Business Development Center. Roy retired from this position in 1996.

After his retirement, he was still sought out to provide advice and guidance by business and businessmen throughout Southeast Texas. His last “job” was serving as a member of the M&D Supply Board of Directors, a position he held up to the time of his moving from Beaumont to Tallahassee, Florida, a stint that was over 25 years in length.

Roy was an active member of the Beaumont and Lamar University communities. He was a past president of the Southeast Texas Chapter of Certified Public Accountants. He served on several committees that sought to better the City of Beaumont, including the Beaumont Planning and Zoning Commission, Beaumont Capital Improvement Programs Steering Committee and the City of Beaumont “Sister City” Commission. He was a long time member of the Cardinal Club (now the Bud Leonard Athletic Fund), and a past trustee of the Lamar Baptist Student Union, and a member of the Young Men’s Business League. He also served as a trustee to the Baptist Hospital Healthcare System for 15 years, including one year as board chairman.

Roy was a long term member of the Rotary Club of Beaumont, where he received the distinction of being a Paul Harris Fellow. He rarely missed a meeting and greatly enjoyed the fellowship of the members of this organization.

But of all the service and activities that Roy participated in, there was one that was closest to his heart. He was a long term and active member of North End Baptist Church for most of his adult life. In his many years of involvement, he served as a choir member, deacon, and Sunday School teacher. He served on too many different committees to list and probably never declined an invitation that was extended to him to serve on one. He rarely missed attending services, and led others to the Lord by example.

The following is an excerpt from his own obituary that he penned many years ago, and speaks to his devotion to God and his Savior Jesus Christ:

His testimony was that God had guided him through life in great ways. He never had to look for a job. He was a faithful tither from the age of twelve. His statement of life—“God is good”!

Roy was a giant of a man when it came to service to his family and others, and he touched so many lives during his 90 years. Roy’s love of God and Jesus was the only thing that surpassed his love of his family.

The family has requested that all services for Roy be private at this time under the direction of Broussard’s, 1605 North Major Drive, Beaumont. 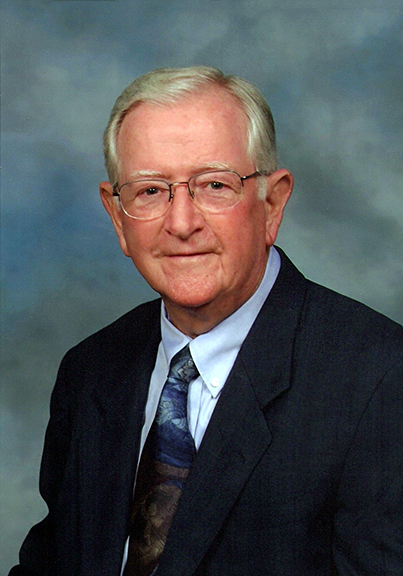 We have known Roy since we joined North End Baptist in 1982. I had the privilege of serving as his Yokefellow in the deacons ministry. One of my joys was to ride in his Grand Cherokee Jeep, visit with him and other church visitors and members and to hear his wonderful stories of his service to our and Beaumont for all his years. We love you, Bro. Roy, and we will miss you along with your wisdom you have shared through the years. Wanda and I will meet you on the other side. Phil

Roy Huckaby was a treasured family friend. He was an outstanding example of caring husband, father grandfather and Christian. He will be truly missed. My prayers are with you all.

Sammy and Rebecca Mize and family

We moved next door to he Huckaby's in 1997. We loved having such wonderful neighbors. Love them both !!! Praying for comfort and peace.

Mr Roy was a man of dignity and respect. His presence had a Christ like calm, and love. I always looked forward to seeing Mr Huckaby at birthday parties, and holidays. He always had a way of making my family, and myself feel important. To me, that characteristic is very special. I believe itâ€™s the memory Iâ€™ll keep close to my heart and memory about Mr Roy. My sincerest condolences to Mr Huckabyâ€™s family. I pray the Holy Spirit brings His Peace to the hearts of his family.

Prayers for your loss. He was a great testimony for God and will be missed. Sympathy.

I didn't know Mr Roy outside of church, but I respected and looked up to him as a great Godly man. He is greatly missed!

Roy was always smiling and ready to serve others. I treasure the friendship that I was able to develop with him and his beautiful family. He will be missed by many but what joy there is in knowing that he is in his heavenly body and rejoicing with no more earthly pain.

Glenda sorry to learn of Roy passing. I remember the times on Lynwood drive as neighbors. Roy was always smiling ,a fine man who loved his family and his God. My prayers are with you and all your family.

Tip and I were truly blessed to have known Mr. Huckaby and always enjoyed talking with him at church. He was such a Godly man and truly had a "servant's heart." He always welcomed us with his sweet smile and was a great example of how a Christian should live. Heaven has gained a great man!

Roy was music director at Lamar Baptist back in the '50;s when I was a teenager. He was a godly man and fun to be around. He sang at our wedding at Lamar Baptist in 1959; our two boys were in the nursery with Lisa and Brent. Our prayers go out to Glynda and the family. Faye and Jerry Bledsoe

Roy was one of the finest men I have ever known. He was a true "gentle"man and servant of God.