After graduating from South Park High School in 1965, Bone continued his education at Lamar State College of Technology (currently Lamar University), graduating in 1969. Bone began working at Bethlehem Steel during the summers while attending classes and continued working there for many years as a shipbuilding draftsman and layout specialist. His first true love was the outdoors, where he could be found most of the time, hunting, fishing, or just sitting under the trees “shooting the bull” with friends and family.

Having spent much of his youth on Hillebrandt and Taylor Bayous, when Texas opened a hunting season for alligators, Bone applied for and received a license, and subsequently spent several seasons hunting gators, which led to some tremendous “fish stories.”

If Bone caught it or killed it, he cooked it, and he loved to feed people. Feeding people was one of the many ways he loved people. Bone was a strong man, who would stand up to defend those he felt needed to be defended. He was a forgiving man, who didn’t judge, and who always tried to help others, even if they had messed up. He was a kind and gentle man, who would regularly check in on family and friends. He was a man with a sentimental heart, who would say, “Love you” before he ended a telephone call, and never ended a visit without a hug and saying, “Love you.”

Each year before posting his calendar for the new year on the wall beside his desk, he carefully copied the names of family and friends onto their respective birthdates, so that he was sure to never miss a birthday. Those birthday calls will be missed more than the “fish tales” and the crawfish pie.

“Uncle Cook” will also be greatly missed by his nieces, Rebecca Watson and husband, Jason, of Walton, KY, Elizabeth Drewett and husband, Randy, of Beaumont, Melissa Hamm and husband, Michael Lilley, of Austin, and Renee Soileau of Denton, and nephews, Jeff Hamm and wife Kristine West, of Nashville, TN, Tom Hamm and wife, Leslie Williamson, of Charleston, WV, and Chad Creagh and wife, Tiffany, of Houston, as well as two great grandchildren, too many great nieces, great nephews, cousins, other family, and friends, who were family to him, to list.

A gathering of friends and family will begin at 1:00 p.m. with a memorial service to follow at 2:30 p.m. on Saturday, February 5, 2022, at Church on the Rock North, 8060 Eastex Freeway, Beaumont. The service will be livestreamed on the church’s YouTube channel and on Facebook Live. Those who would like to watch the livestream can find it by searching, “Church on the Rock North” on their preferred platform. Cremation arrangements were handled under the direction of Broussard’s Crematorium through Broussard’s, 2000 McFaddin Avenue, Beaumont. 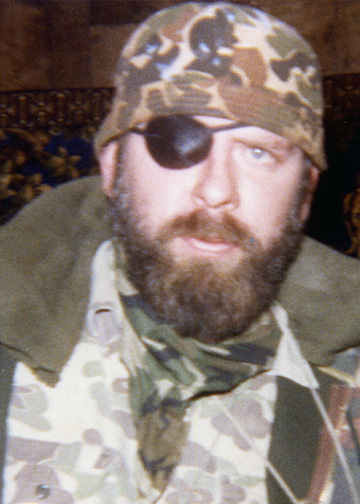 I’m just learning of the loss of Roy and sending my heartfelt condolences for all his family. He and my brother Bobby (Stinky) were lifelong friends. Where you would find one, you’d usually find the other. Roy was really a very smart and kind person, even tho he’d try to make you believe different. He was always joking around. Rest in eternal peace Roy, the world was a better place with you in it, and I just know you & Stinky are up to no good! lol (we’d always say that)

God Bless Roy’s soul and his family. Roy is a longtime friend my brother bill and me. Roy was a real southern Texas boy and man with kind soul. RIP Roy

Roy lived about five blocks from my home in South Park while we attended MacArthur Junior High School and South Park High School graduating together in 1965. When he bought a white VW Beetle, we would cruise around Beaumont and hang out at the Pig Stand. Roy was the statistician for the SPHS basketball team when I played for the team coached by James Anders. Roy bought my 1955 Chevy Bel Air in 1969 to restore it as a Classic. Roy was a good friend and a good guy. He will be missed.

Enjoyed every visit with Roy and he always would respond with meaningful consideration during conversations. I believe he enjoyed most the participation while at the Hunting Camp. He will be missed.

When I first met Roy Hamm, I was really kind of intimated by his Giant size and scruff voice. But the more I discovered about Hamm Bone the more I Loved. Sure he was this giant larger than life man, but he was as gentle as a lamb! He would never want people to know that, but those of us who were close and really knew him, knew he was a Big Ole Teddy Bear! “A New Aged Sensitive Kinda Guy.” There is a Huge Hole in my heart and I will miss Roy more than I can say but I am so Thankful for the time and times we were able to share. The memories are great and will be with me forever. RIP Roy Hamm! I Love You Dearly!!!

My thoughts and prayers are with you. I am so very sorry about your sudden loss of Roy. Blessings, Kathy

Roy and my brother were good friends for many years, so Roy was often at our house. He was a character and was always interesting to visit. Roy was at my brother’s memorial service several years ago, and my sisters and I were all glad to see and talk with him for a short while. May he rest in peace and enjoy being with my brother again.