Bill and Kathy married in 1978. Together they raised four children. Leslie Maness, Heath Maness and his wife Kasie, Jason Walker and his wife Celeste, and Rachael Cox and her husband Clay, they gave him eight grandchildren. He was known as “Poppy” to Sydney Stines, Alex Stines, Troy Stines, Jaycee Walker, Chelsea Cox, Caleb Cox, Kate Maness and Zach Maness.

Bill never met a stranger and always met you with open arms. His home was always filled with love and laughter. Family, friends, friends of friends, children’s friends and anyone else he met instantly were adopted into the family. He was loved by all who were blessed to know him.

He was our Superman.

He is survived by his wife, 4 children and 8 grandchildren. Also, his brother Tom Maness and his wife Kelli, his brother-in-law B.G. Reynolds, and numerous nieces and nephews.

He is preceded in death by his parents, Roy and Jewel Maness, sister Maryann Maness Reynolds, Brother Michael Maness and daughter Shannon Maness. 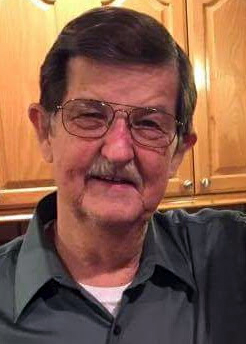 We will forever cherish his friendship. We send our our deepest sympathy and love to the whole family.

From the first time I met Roy, I felt like had know him forever! I enjoyed ever visit when he and Kathy came to our office. He was a great man!

One of the nicest guys you will ever meet. Poppy you will be missed, until we meet again. RIP

I can attest to the friend of a friend statement. Every visit to the Maness house was met with incredibly generous warmth and hospitality. Condolences and sympathy to all.

Our deepest sympathy to Kathy and all the family for the loss of their dear Bill. He was such a fun man to be around. Always happy with a smile on his face. We know he will be missed greatly Prayer for the family.

I had the pleasure of working with Bill during my time with Gulf Supply. You'll never meet a nicer man. Our deepest condolences to the entire Maness family.

Keith and I send our prayers and Sincere Condolences to Kathy and all his Family & Friends for their loss of such a Great Man. We will cherish so many fond memories. May your Precious memories of him give you Peace and Comfort all you days ahead till you see him again. Go Rest High Bill!

Love and prayers to all the Maness clam. He was such a wonderful person.. He greeted all with a smile and a hug.! He loved my sunset pictures on Facebook. RIP Bill, youâ€™ll be missed. Love Susan Simmons.

I knew Bill when I worked at Gulf Supply. He always had a smile and a handshake. My prayers are with all of his family and friends.