Ruby Florence Amason, 94, of Nederland, died Saturday, January 7, 2023, at The Medical Center of Southeast Texas, Port Arthur. She was born August 15, 1928, in Beaumont and was adopted by Mary Lee Turner and John Turner.

Ruby was a Baptist and always lived her faith and raised her family to do the same.

Ruby graduated from Nederland High School in 1945. Her family moved to Woodville in the fall of 1945, where her mother and father purchased a general store. In May of 1946 she married Tommy Cooper who had just returned from service in the United States Navy. Ruby and Tommy became parents to Morgan Eugene “Gene” and Dorothy Louise. Sadly, Tommy died in December of 1948.

In 1950, Ruby married Thomas Edward “T.E.” Bright who adopted Gene and Dorothy. He already had two sons, Oren and Tommy. They relocated to Central Gardens and then to Nederland where together they raised Oren, Tommy, Gene, and Dorothy. Together, they had two more children, Eddie Ray and Elaine. Ruby’s parents also lived with her and T.E. until their deaths. Sadly, T.E. Bright passed away in August of 1971.

Ruby worked for Hillcrest Independent School District in the cafeteria until she married Elmar Amason in 1976. They moved to Nacogdoches where she became head custodian for Nacogdoches Independent School District until her retirement in 1993. She was also a hard worker for the Disabled American Veteran’s Auxiliary Ruby was a loving stepmother to the children of Elmar Amason, who passed away in 2006.

She is preceded in death by her parents; husbands, Tommy Cooper, T.E. Bright, and Elmar Amason; children, Dorothy Louise English and Oren and Tommy Bright; and a host of friends who are all rejoicing with her in Heaven now. 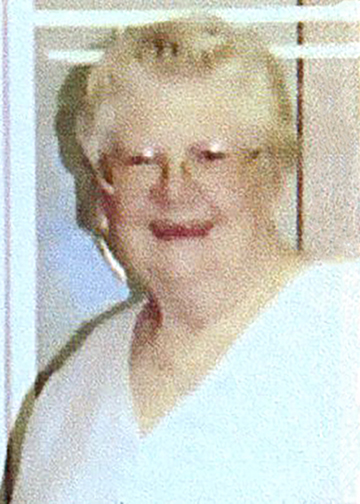 Ruby was my mother’s dearest friend. I lost track of her many years ago and just recently was able to get back in touch. I remember her as the sweetest and kindest person and someone who always made my mom laugh. I know they are laughing now in heaven.