Ruth Althea Schwarzer Bythewood, lifelong resident of Beaumont, was born on February 1, 1924, to Egon and Althea Wassenich Schwarzer, beginning a quiet life of almost ninety-seven years spent in service to others. After her father died when Ruth was four and her mother had to go to work full time, she accompanied her grandmother, a seamstress, to work in the homes of the city’s wealthiest families, sitting quietly for hours on end as her grandmother earned money to help support her and her two older sisters. This period in her life taught Ruth the humility, self-discipline, independence, and empathy for the disenfranchised that would mark her for the rest of her life. She grew up with hardship and the skills necessary to endure it. Raised in a Catholic home and the product of Catholic education, Ruth used the tenets of her faith, plus good common sense, a kind heart, and endless folk aphorisms, to guide her actions in every situation.

She was working at a car dealership when a young man came in to see about car repairs; Roy Bythewood found it necessary to check on his car repeatedly once he met the lovely brunette, and soon the two were dating. At this period in her life, Ruth gained the nickname “Buddy,” which she kept for the rest of her life. After World War II began, Mr. Bythewood became a Marine pilot and flight instructor. Buddy, working at a wartime manufacturing plant in Orange, wanted to contribute more directly to the war effort.  She enlisted in the Navy and served as a hospital apprentice first class. Wounded soldiers fresh from battle responded to her gentle care. She never forgot her anger at a cruel head nurse, her joy when the men in her care serenaded her with “My Buddy” upon her return after a short absence, or her friends’ laughter when a drunk soldier, falling in front of her on the street one evening, looked up to exclaim that she looked “just like an angel.”

When she and her dashing pilot from Beaumont both found themselves stationed in California, they decided to marry; after the war, Buddy began the next phase of her life, as wife and mother. They built the house where they would live the rest of their lives.  Set far from the road and partially surrounded by woods, their home was a refuge after the war years, a place to focus on family and enjoy the birds, animals, and flowers they both loved. Despite a talent for art that could have led to a career, Buddy devoted herself to her family, cooking all meals from scratch, sewing her girls’ clothing, and channeling her creativity into domestic chores. She saved and made do and sacrificed to give her girls the opportunities and experiences she had never had, sewing doll clothes and costumes, providing art supplies, driving the girls to lessons and practices, and checking out an endless supply of library books. She passed on her strength, her appreciation of beauty, her love of all living things, her trenchant commentary on current events, and her often sly sense of humor. Though never one to brag, she set high standards and took pride in her girls’ accomplishments.

Like her mother before her, Buddy cared for her own mother in old age.  She welcomed and took joy in sons-in-law, grandchildren, and great-grandchildren. Although she lost Roy twenty years ago, Buddy continued to treasure his memory. Her only request was to be able to live out her life in the house that they had built. With the support of daughter Lynn and son-in-law David, she was able to meet this goal until the last two weeks of her life. She died peacefully on October 10, 2020, in the presence of two of her daughters.  Buddy was preceded in death by her parents; her sisters, Rose Lee Worden and Janice French; and her husband, Roy William Bythewood.  She is survived by her daughters, Cecile Hope of Sheridan, Wyoming; Lynn Goodell and husband David of Beaumont; and Elaine Lambright and husband Lloyd of Nacogdoches. Grandchildren include Laura Macnab, Preston Goodell, John Lambright, Allan Goodell, Mollie Goodell, and Drew Lambright. She has five great-grandchildren:  Ruby Macnab, Chevy Lambright, Graham Macnab, Waylon Goodell, and Tristan Lambright. 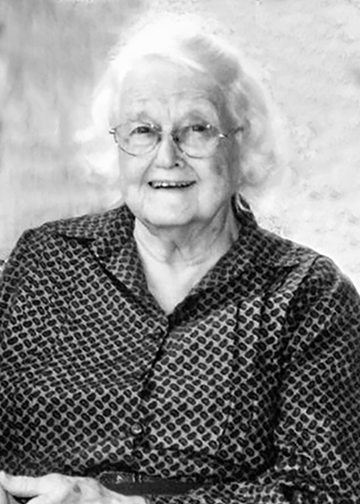 I am most sad to hear of Mrs. Bythwoods passing I remember her and Mr. Roy from the Highyway Dept christmas parties and saw RB many times at the highway dept where my Dad worked.

Sorry to hear of the passing of Mrs. Bythewood. I was a typist for Roy Bythewood at the Highway Department for six years. (1970 to 1976). Cecile and I know each other from going to school together. Prayers for all.

Our deepest sympathy to you, Lynn and David for the loss of your mom. May Godâ€™s strength and comfort be with you at this very sad time. Sandy & Rich