Scot was a loving husband, father, son, brother, uncle, and friend.  He believed Jesus Christ was his Lord and Savior and would wish everyone could have the joy of knowing Jesus as their savior.

He fully lived his life and enjoyed every moment.  Scot was passionate about his work at ExxonMobil BPEP in Beaumont, Texas.  He gave freely of his time to Evadale ISD as a board member and chain gang at football games.  He was a member of Central Baptist Church in Evadale, where he served as an RA leader for many years.

A big part of living life to the fullest was many hours of fishing with family.  He always claimed to catch the most and biggest fish, but keep in mind he had no trouble interpreting the rules in any competition to favor the moment for himself.

Survivors include his wife, Brandi Harris Terry; children, Matthew Terry and Michaela Terry Burge and her husband, Jonathan, all of Evadale; and his fur baby, Lolo; parents, Sheryl and Mike Terry of Jacksonville; brother, Sean Terry and his wife, Angie, of Celina; sister-in-law, Bridget Montemayor and her husband, Oscar; nieces and nephews, Kylee Terry, Kade Terry, Jonah Montemayor, and Alisa Montemayor; and father-in-law, Doug Harris and his wife, Janice.  He is preceded in death by his grandparents, Melba and Lee Rountree, and mother-in-law, Renee Harris.

A gathering of Scot’s family and friends will begin at 1:00 p.m., with his memorial service at 2:00 p.m., Saturday, October 2, 2021, at Broussard’s, 490 Cemetery Road, Silsbee.  His committal was held at Broussard’s Crematorium.

Those who truly loved and prayed for Scot will be the honorary pall bearers carrying him home.

In lieu of flowers, you can donate to the Scot Terry Memorial Scholarship Fund by mailing your donation to P.O. Box 165, Evadale, Texas 77615 or Venmo @ScotTerryScholarshipFund. 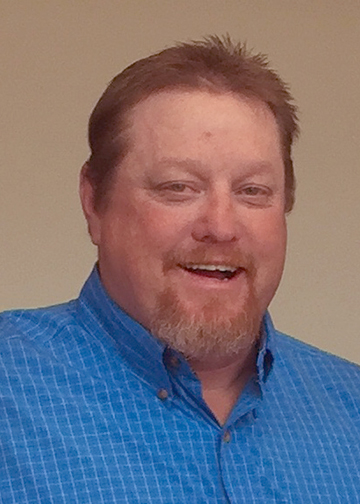 To Scotts family,
We are longtime family friends from Allen, Texas. Your parents and Rountree grandparents.
We will lift all of you in prayer
Carlena and Charles Chandler

Brandi and family, my condolences to all. I am truly sorry for your loss. May God send His peace and comfort at this time of need and throughout the coming days. My prayers continue.
Doris

“I have fought the good fight; I have finished the race, I have kept the faith.”
2 Timothy 4:7-8
May the strength and peace of God be with the Terry family.

Love and prayers from (Era, Texas) Joe , Barbara and Timothy Roberts. We are so sorry for your loss and pray for peace and comfort only God can give.
Joe Roberts

We are so sorry for your loss. Our thoughts and prayers are with each of you. May God comfort you in the very hard days ahead. We love y’all!

Brandi and family, we are so sorry for your loss. Praying for your family during these difficult times.

Scot you will be greatly missed. Thanks for all the memories and legacy you have left for BPEP.

Forever in our thoughts,
Cecile Saladino on behalf of BPEP

Brandi, I’m so sorry for your loss. I pray that God will send you and all your family His comfort and peace and that He will bring Scott into the light of His presence.

Love you all,
Aunt Iva

I loved Scot so much. He was a precious soul and my heart hurts for his passing. My prayers and thoughts to all of his family. I love ya’ll so much.
God’s blessings in you❤❤
Lydia

A great gut gone way too soon!! He was a good neighbor, and friend. My prayers to You Brandi and Family.