Shannon Jay Barrios, 54, of Lumberton, died Sunday, May 29, 2022. He was born November 1, 1967, in Lake Charles, Louisiana, to Ruth Yentzen Barrios and John Barrios. He graduated from LaGrange High School in 1985, and served in the Marine Corps.  He worked for NSI in Nederland as a warehouse manager.

Shannon’s passion was New Orleans Saints football.  Over the years he also enjoyed baseball, softball, hunting, golfing, cycling, motorcycling, fishing, and gardening.  Shannon lived life to the fullest, enthusiastic about everything he did.    He had a caring heart, touching the lives of many people around him.

A gathering of Mr. Barrios’ family and friends will begin at 10:00 a.m., with his funeral service at 11:00 a.m., Saturday, June 4, 2022, at Church On the Rock North, 8060 Eastex Freeway, Beaumont. His cremation arrangements will be handled through Broussard’s Crematorium, under the direction of Broussard’s, 1605 North Major Drive, Beaumont.

His arrangements will be livestreamed via the following links:

The family asks those wishing to express sympathy to consider donating to Agua Resources (www.aguaresources.com), or an organization of one’s choice. 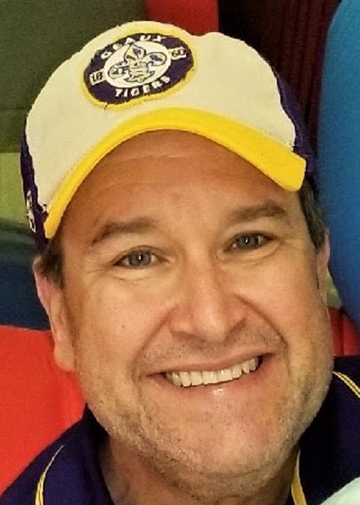 Shannon has been a good friend for years to Joe and I. After Joe passed , Shannon stepped up and did even more for me in my yard. He was an unselfish sweet man. I’ll miss watching him float around our pond fishing when he’d been over working in the yard. Shannon will be greatly missed

I am incredibly saddened by Shannon’s passing. I don’t have a memory of Britton’s school years without the Barrios family in it. I’m lifting you guys up in prayer.

So sad to hear of this.
Sorry for your loss, will be in pray for the family.

Ruth,
I am so very sad to hear about Shannon’s accident. Know that I will keep y’all in my prayers.
Love ya’ kiddo,
Vicky Joslin Goss, Westlake, Louisiana.