Shirley Goins Chapman passed peacefully on Monday, April 11, 2022, surrounded by her family. She was born January 25, 1935, in Overton, Texas, to Willis and Elpha Mathyer Shirley graduated in 1953 from South Park High School and was crowned Homecoming Queen.

She was a member of Wesley United Methodist Church. Shirley loved spending time with her family at the beach, playing bridge, and working in her yard.

She is preceded in death by her parents; brother, Richard Mathyer; husbands, Billy Ray Goins and Willie Chapman.

A gathering of Mrs. Chapman’s family and friends will begin at 1:30 p.m., with her funeral service to follow at 2:30 p.m., Thursday, April 14, 2022, at Broussard’s, 1605 North Major Drive, Beaumont. Her interment will follow at Forest Lawn Memorial Park, Beaumont. Serving as pallbearers will be Jason Herrin, Matt Herrin, Wesley Herrin, Sean Herrin, Ben Herrin, and Chris Byrd. Honorary pallbearers will be Ira Johnson and Don Ptacek. 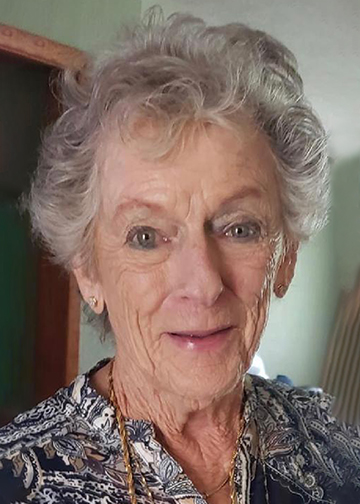 sorry to have miss the service for such sweet lady.

We’re so sorry for your loss of your mother/grandmother. She was such a lovely person. I thought so highly of her.
Peace be with you all in this time.

So sorry to hear of Shirley’s passing. She was a dear sweet lady. I enjoyed her when she’d come in and get her haircut. I will miss her.