He is preceded in death by his parents, and brother, Dickie George.

Steve grew up in High Island, Texas. He graduated from High Island High School where he was voted “Most Cheerful” and “Wittiest”.  After completion of five years of apprentice school, Steve had a long successful career as a Pipefitter and was a Lifetime Member of the Pipefitters Local 211.  For ten years, Steve and his wife Peggy owned and operated South Shore Grocery in Crystal Beach.

Steve was a member of the Archives #1399 Masonic Lodge in Pasadena where he rose in rank and became a Master Mason.

He was a beloved husband, father, and Papa to his granddaughter Alyssa. He loved music, especially jazz, rock, and the blues. Steve was an avid cook and made fantastic gumbo, pico de gallo, charro beans, and coleslaw. He could often be found watching the weather channel, a cooking show, or a music documentary. His hobbies included fishing, operating a ham radio, playing the guitar, woodcarving, sketching faces and palm trees, and creating beautiful stained glass art.

A gathering of Steve’s family and friends will begin at 10:00 a.m., with his memorial service at 11:00 a.m., Monday, December 5, 2022, at Broussard’s, 134 West Buccaneer Drive, Winnie. His cremation arrangements will be handled through Broussard’s Crematorium, Beaumont.

Memorial contributions may be made in Steve’s name to High Island Fire Department, 2041 7th Street A, High Island, Texas 77623. 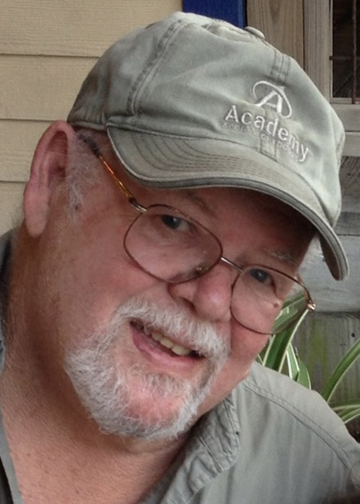