Stephen Michael Morgan went to be with Jesus on December 3rd at 2:44a.m.   Born on March 17, 1975 in Nederland, Stephen grew up with his mom, Sherry, his brother, Billy Joe, and his sister, Kelli.  They were joined later in Stephen’s life by the man who would become his father, Gary.  They lived in many cities in Texas but his favorite was when he lived with his grandparents in Port Neches.  That is where he thrived at Port Neches-Groves High School and met some of his lifelong friends through Indian Singers and New Song Praise and Worship Center.  Stephen married Tricia in June of 2001, and they lived in Beaumont with their children, Eli, and Jordan.

Stephen was a voracious reader and loved to learn, earning numerous degrees in education and Bible. Community Theatre was his second home because he never knew a stranger.  He loved the stage, and the stage loved him!   He shared his love of theatre and music, teaching at Vincent Middle School, West Brook High School, and for the last five years, at Legacy Christian Academy where he was able to share his passion for God, learning, and kids.  He was a frequent performer in community theatre.  Because of his love for kids, he loved to teach.   He truly searched for and worked to develop the best qualities in every student he taught.   He believed in them and cherished his time teaching.  After multiple brain surgeries, he left us way too early, but we know that he is rejoicing in heaven.

Stephen is joining Sherry Turner (mother), Bill and Gloria Peer (maternal grandparents), Joseph and Stella Morgan (paternal grandparents) and Sam and Joyce Turner (step-grandparents) in heaven.  He is survived by his wife, Tricia Anderud Morgan, and his children, Eli and Jordan Morgan, as well as his brother, Bill Morgan, his sister in love, Cathleen Morgan; his sister, Kelli Thibodeaux, his brother in love, Coy Thibodeaux, his father by love, Gary Turner, his father, Tom Morgan and his nieces and nephews: Maddie Thibodeaux, Coy James Thibodeaux, and Kaydence Thibodeaux.   Stephen was loved by so many, we simply could not list everyone he considered family.

A gathering of Stephen’s family and friends will be from 6:00-8:00 p.m., Sunday, December 13, 2020, at Praise Church, 8150 North Major Drive, Beaumont. His funeral service will 10:00 a.m., Monday, December 14, 2020, at Praise Church, Beaumont. His graveside service will follow at Haven of Rest Cemetery, Highway 90 at Greenpond Road, Beaumont, under the direction of Broussard’s, 1605 North Major Drive, Beaumont. 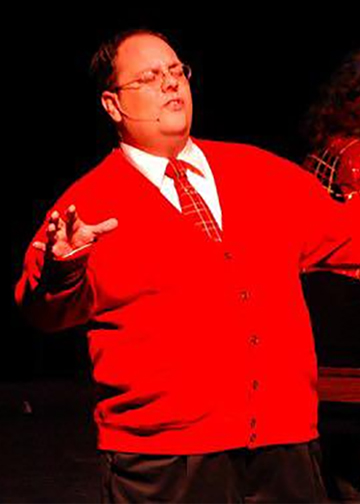 I did not know Stephen very well, but I know Tricia. Her brother, Tosh, is a good friend of my son, Chris Rucker. I would like to express my sympathy to Tricia and Michael's family. Prayers to all of the family. God Bless.

My prayers are with the Morgan family. He was a fine man!

Dear Tricia I was so sorry when I heard about Stephen's passing. He was such a talented man and fun to work with. Please know that you and your family are in my prayers. Dionne Fontenot

My thoughts and prayers go out to the family of Mr. Morgan. Stephen was one of the many students that I taught at Odom in the sixth grade.