Stephen Shad Skinner, 45, of Buna passed away on September 26, 2020, after a severe battle with COVID-19.  He is now at home with his Heavenly Father and his beloved “Pops.”

Shad was born on October 7th, 1974, in Beaumont, Texas to Judy Flowers and Stephen Carlo Skinner. He was raised in Fred, Texas by his mom and stepdad, Joel Jeffcoat, while also spending numerous weekends with his maternal grandparents, Charles and Florence Flowers in Buna, Texas.  Shad graduated from Warren High School in 1993.

Shad met his forever love and “Baby Girl,” Tressa Clifton, while in college.  They were united in marriage on November 11, 1995. Shad was the loving father of three boys:  Keegan, Brendan, and Cameron.  Tressa and their boys were the center of his universe.

After working briefly for TDCJ, Shad began a long career with AT&T celebrating his 20th anniversary with the company in June 2020.  However, Shad’s true passion was coaching and making a difference in the lives of kids. He coached, refereed, and umpired baseball, basketball and various other sports over the years. Shad could always be found in the stands or on the sidelines cheering on not only his boys but also everyone he knew. He was everyone’s biggest fan. Shad was also an active member of Central Baptist Church in Buna working with the youth, a member of the Buna ISD school board, board member of the Little Dribblers and Little League organizations, as well as being involved with the Buna Band and Athletic Booster clubs.

Shad loved people, and he loved life.  He loved to laugh and to make others laugh with his wild and captivating storytelling. Shad was never afraid of the truth.  He was willing to let you know what he was thinking but with your best interest in mind. The doors to his office and his home were always open to everyone.  Shad’s main priorities in life were to make you feel welcomed, comfortable, and loved with a spirit of selfless generosity. He will be painfully missed by all that knew him.

He is survived by his wife, Tressa Skinner; children, Keegan Skinner and his wife, Shae, of Goldsboro, North Carolina; and Brendan Skinner and Cameron Skinner, both of Buna; mother, Judy Flowers Jeffcoat and her husband, Papa Joel, of Fred; grandfather PawPaw Sam Jeffcoat; sister, Christi Cauthen and her husband, Will, of Martinsville; brother, Shaun Skinner of Beaumont; nephews, Mason and Seth Cauthen; father-in-law, David Clifton; mother-in-law, Cindy Clifton; and a host of loving aunts, uncles, and cousins.

In lieu of flowers, please plan to make donations to the Shad Skinner Memorial Scholarship Fund. 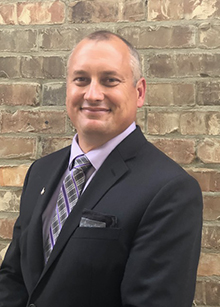 Judy and family, I just want to say that I am keeping you and your family in my prayers. I canâ€™t imagine anything worse than what you are going through. Keep Shadâ€™s memories close to your heart and know he is with you always. Love you lots, my sweet friend.

Shad - Iâ€™ll miss you greatly. Iâ€™m in shock right now and was hoping to talk to you about being a walking miracle - once more... prayers are with you and your family.

Iâ€™m so sorry and sad to hear about Shad. I worked with him at AT&T. I was his dispatch manager. The best field manager I had the pleasure to work with. Shad will truly be missed.

You are all in my thoughts and prayers. My prayer if for God to give you the strength, faith, and the peace and understanding you'll need in the days to come.

Shaun, I am so sorry to here about your brother. Thinking of you and your family.

Judy and Joel and all of Shad's family we have No words that can ever ease this pain you all are feeling, But we as friends will be lifting you up today the days ahead, May God give you the strength to go forth and keeping Shad's memories alive, Shad was always a pleasure to be around and such a Wonderful Big Brother and Wonderful Son, Love you all .

To Shadâ€™s entire family, There are truly no words to express our sorrow and how much we ache for all of you. We refused to give up hope until we heard the news. Even though I didnâ€™t really know Shad, I feel I have a bond with him now for eternity and we will definitely get to know each other one day.. After reading this beautiful tribute I know the world has lost a great one. The world could use a lot more Shads.

Judy and Christi, My heart is broken for your family. I can't imagine what you must be feeling. Just know that you are in my thoughts and prayers and I will continue to lift you up in the coming days. May God give you peace that passes all understanding. Love you both, Dianne

Dear Joel and Judy: Please know that we love you and you and all of your family are in our thoughts and prayers. God loans us our children to love and cherish, which you have both loved and cherished Shad. He was a special person and touched many lives and may he live in your hearts forever! Your Cousins, George & Glenda Starr

I am so thankful that I got the opportunity to meet Shad through Tressa 20 years ago while working with her mother. I got to see their love for one another flourish and to see their family grow with their beautiful boys. Tressa my heart is so broken for you and your family. Shad was the best and Iâ€™m so happy Jesus gave him to you. I know your boys had a great foundation in him and you. My condolences to you all. May your heart find peace.

Shad was a very Special Person, he made an impression on everyone's life that he touched! He was loved by everyone that knew him! I know Heaven is rejoicing to have him home, but there are no words for the heartbreaking pain the loss of him, is causing in this world! Life on Earth is temporary, but Heaven is forever, we will be with our loved ones again! We are Praying with Love for his Precious Family, as they go through this unbearable loss!!

Dear Judy and Joel, We are saddened that Shad has passed. It is a most difficult time and we have prayed for and family and hope for comfort and peace that only our Savior can give.. The steadfast love of the Lord never ceases.

Judy, Joel Christi and Family, so sorry that Shad has passed away. This is a very difficult time that you all are going through. No one knows what you're going through until they have walked in your shoes. Please lean on the Lord and he will give you strength to get through it. You know he is in Heaven in the Lord's arms and you will see him again when you're called home. We all have the peace and faith knowing that we will see our loved ones again. We will continue praying for each one of you. Trust in the Lord. We will continue praying and lifting you up daily. Live you all. Patt Holland.