He was born on February 2, 1944 to Georgina Samples-Gilbert and Charles Dean Gilbert in Phoenix, AZ.

As a boy, he was raised in the hard-working, farming community of Glendale, Arizona. He graduated from Glendale High School in 1962, excelling in athletics, track and football in particular. He subsequently attended the University of Arizona on a full football scholarship.

Following college, Steve served with the Phoenix Police Department in the late 1960s and early 1970s. In the 1970s, he followed in his father-in-law’s footsteps and embarked on a new career in the automotive industry, working at O’Rielly Chevrolet in Tucson, Arizona.

While living in Arizona, he was a vigilant disciple of Christ at Palo Verde Church of Christ. He faithfully served at the Mount Graham Church of Christ Bible Camp for years, helping to expose children and young adults to both the wonders of the outdoors and the word of God.

After working for years in Arizona, his career path took Steve and his family to Beaumont, TX in 1984. He served as the Fixed Operations Manager at Chevyland (now Classic Chevrolet) into the early 1990s. Sadly, his working career was cut short following his diagnosis with a body-wide, autoimmune peripheral neuropathy which subsequently resulted in full disability.

He will be forever fondly remembered as a man of the Lord; a hard-working, dedicated, and loving father; and as a true friend to countless individuals. He loved fishing, reading, Max’s Polish Sausages, gum drops, Boston-baked beans, peanut M&Ms; and the Discovery, National Geographic, and Fox News Channels.

He was preceded in death by his parents, Georgina and Charles Gilbert; brother, George “Buddy” Gilbert; and sister, Jane Gilbert-McAllister.

Cremation arrangements are through Broussard’s Crematorium under the direction of Broussard’s, 1605 North Major Drive, Beaumont.

A Celebration of Life will be held in the New Year given the ongoing Pandemic.

We wish to extend a special thank you from the Gilbert and Harlan families to all of the friends, physicians, nurses, and other health care workers who have maintained friendships and helped provide care to Steve over the many years of his illness. While words insufficiently express our thanks, we are indebted to each of you for all of your assistance, compassion, and dedicated care.

In lieu of arrangements, please direct donations to the Foundation for Peripheral Neuropathy at https://www.foundationforpn.org/donate/. 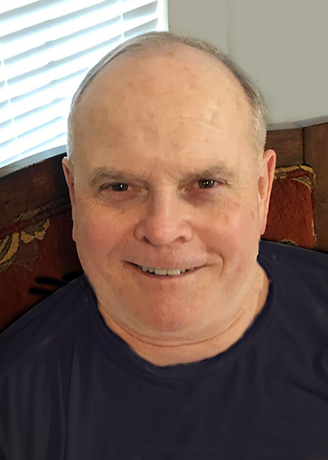 You will be missed my friend. The entire class grieves for you and your family. My you be held in the hands of the Lord Jesus and walk a calm path. Prayers for your family.

Cheryl, so sorry for you loss of Steve. I have many fond memories of Steve at the bible camp and at PV. Steve was always upbeat and full of energy and joy. May God bless you and family and shower you with his blessing.

Cheryl, I am so so sorry to read about the passing of your Husband Steve, and Shelley, your Dad and to all the family, My prayers are with you at this time.

i'm so sorry for your loss. he made everyone around him a better person. it was an honor to know him and i enjoyed our fishing trips together.

Cheryl I am so very sorry for your loss. He is celebrating with Jesus with no more pain.