He is survived also by his Mother, Audrey Hebert; his Siblings and their Spouses, Glenn & Cyndi Hebert, James & Linda Hebert, Carolyn Hanley, Debbie & Ryn Holland, and Dennis & Christi Hebert, along with many nieces and nephews.

He is preceded in Death by his father, Otis Hebert, his brother, Wayne Hebert and his nephew Bryan Hebert.

Steve was born in Port Arthur and was a lifelong resident of Southeast Texas. He raised his daughters in Groves, and later turned traitor and moved to Nederland.

He graduated high school from Port Neches-Groves in 1977, and then went on to earn his Associate of Applied Science Degree in Computer Electronics and Robotics Technology from Lamar University in 1990 when his daughters were very young.

He was beyond proud of his education and the work he excelled at in his long career. He fostered a love of learning in his daughters who all went on to pursue higher education.

He retired earlier this year after spending more than half of said career designing robots for manufacturing and packaging companies all across the Continental U.S.

He later transitioned into instrument and electrical design work in various local plants and refineries.

Steve was utterly obsessed with his daughters from the very first day he laid eyes on them. He was always around, and spent his entire adult life bragging about them to anyone who would listen.

He took an active interest in their lives and when they decided to play softball, he dove into the sport headfirst; he went to clinics, read books, and memorized the rule book as soon as a new version dropped, annually, so that he could argue most effectively with the umpires. He only got thrown out of a handful of games, surprisingly. If you were around back then, you will all know he was the man who absolutely could not keep his mouth shut. He was nothing if not passionate and opinionated.

Coaching the girls, spending countless hours after work practicing, traveling to tournaments on the weekends, and seeing each of his daughters go on to play at the Collegiate level was one of his greatest joys in life.

His love of sports really knew no bounds, as he was a lifelong avid fan of the Dallas Cowboys and the Houston Astros, and would willingly chat for hours about all the ways they messed up a play, why Verlander should have very clearly thrown a slider but he threw a fastball anyway, and why Jerry Jones is the ultimate demise of his beloved Cowboys. Steve also never let a little league sports season go by without repeatedly demanding that Chrystal send him the boys’ schedules, and making as many games as he and Liz could physically attend.

Outside of screaming at his TV during gametime, Steve adored spending time with his wife Liz, cruising on his Harley with friends in West Texas and Arkansas, and adventuring anywhere else  a cool breeze would bring them. He loved being on his boat or hanging out on the sandbar with his friends at Toledo Bend, often fishing but rarely catching, and spending time riding his side-by-side with his sweet angel dog, Millie.

Steve rarely missed an opportunity to tell his people that he loved them, and he absolutely loved fiercely and with his whole heart. If he loved you, you knew it, and he’d protect you with all he’s got. He loved spending time with his family, and missed them before they’d even left the house. He adored his kids and grandkids, and wanted nothing more than for them to be safe and happy. Steve was an encourager of his girls being “strong independent women who don’t need no man”, and made sure they had all the tools (literally and figuratively) to be able to fend for themselves, no matter what. Steve was as loyal as they come, and was blessed enough to still be close with his childhood best friend, Ronnie Boudreaux, who he always spoke of fondly and with all the love one could have. He was endlessly thankful for a friendship so long-withstanding, and would often regale everyone with stories of their many adventures and shenanigans. Such a friendship doesn’t come around often or for everyone, and he didn’t take that fact lightly.

To say that Steve, Dad, and Pawpaw will be missed, is an understatement.  His untimely passing, at an age that is far too young, seems unjust. This loss is a tragic one, and will be felt by many for the rest of their lives.

You know, the Greeks didn’t write obituaries.  They only asked one question after a man died, “did he have passion?” We can certainly and wholeheartedly say that Steve Hebert had endless amounts of it.  And for that, we could all stand to live and love a little bit more like Steve. 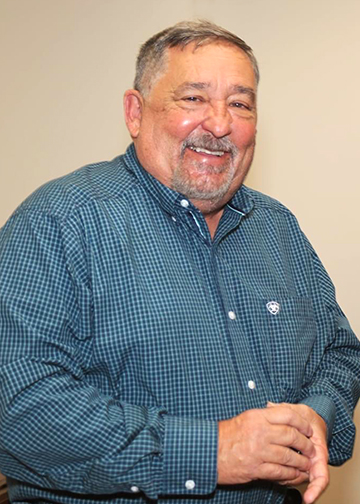 I’m so sorry to hear of the loss

Jodi, It sounds like your Dad and I had a lot in common, and at just a month apart in age, I’m sure we would have been friends – I wish I had met him. I am so sorry, not only for your loss, but the loss to everyone that knew him. I know you will miss him on this Earth, but he most certainly will be there at the pearly gates to greet you all one day.

Sending my deepest condolences to you all. Constant and continuous prayers!

Steve and I met when they were looking for property at the lake. He was one of those customers that you just do not forget. I sold them the lakehouse on Hickory Hill. We kept in touch and thru the ups and downs, he’d call occasionally, ALWAYS LOOKING FOR A DEAL and keeping me posted about his life. He allowed me to sell that house later on. We never lost contact. He told me all about his girls. He told me when he met Liz. He always had that little serious tone and look on his face, but when he smiled, it was the biggest smile ever. He allowed me to sell his little home in Beechwood and just had a way of making people feel important, if he liked you!! Customers come and go, but Steve left footprints. I feel such a sadness and loss. God blessed you all with a very special man in your lives. I know you did not want to lose him, but are so very grateful to have had him. You all have a special angel now! My prayers are with each of you.

Jodi and Jessi (and Chrystal), I was so *deeply* saddened to hear of Mr. Steve’s passing. It was a feeling of “No way this can be real” I’ve known you two for as long as I can remember, and have been close with both of you at different times in our lives, so I know without a doubt what your fathers passing means for each of you. Though I didn’t play softball, I was at plenty enough games to know your dads voice 😉 and passion for not only the sport, but for his girls. This is a beautiful writing describing your dad, and I can’t help but to think “wow, are they writing about MY dad?” Sounds like our dads would have a lot to talk about if they ever meet up there. You are all in my prayers and closest thoughts during this time. Love you girls,
Lindsay D

Chrystal, so sorry to hear of the loss of your dad. Marvin and I are headed to Arlington Thursday to watch our grandson Brock Hebert play in the State Championship game. We send our sincere condolences to you and your family. We didn’t know your dad but sounds like he was an awesome man. Our prayer is that God will wrap his arms around all of you and give you comfort and peace in this difficult time.