Paul was born in Beaumont to Lloyd Guinn Busbee and Joye Cobb Busbee. He grew up in Vidor and graduated from Vidor High School. While in high school, Paul was in the Mighty Pirate Marching Band and played the French horn.

After high school, Paul went to work for Gulf States Utilities and met the love of his life, Karri. He proposed after only three weeks of dating on her back porch one night. They married one year later. Paul was an amazing provider and worked hard for his family. He was devoted to his family and loved spending time with his grandchildren who lovingly called him PePaul.

Later he worked at Chevron Chemical for ten years and quickly advanced to the research team. Eventually he joined the ExxonMobil team where he advanced into global research teams with twenty plus years of service.

Paul is preceded in death by his parents Lloyd Guinn Busbee and Joye Cobb Busbee.

Paul will be missed tremendously by his loving wife Karri, family, and friends. 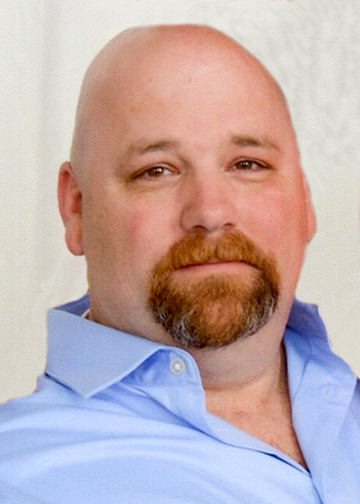 Karri, praying for peace and comfort for your family during these most difficult days.. He will forever live in your hearts and memories. ❤️

Karri and family, so very sorry for your tremendous loss! Prayers going up on your behalf.

Please except my condolences. I worked with Paul at ExxonMobil, he was a very thorough and meticulous person when it came to his work. I once worked for him on a project for about a year and I always appreciated his directness, I always knew where I stood with Paul. He had an ability to make you care about the work you did as a craftsperson. His knowledge and expertise will be greatly missed. RIP Paul.

An amazing young man that grew into a great man. He was love all the way along. A friendly smile and twinkling eyes. He will be missed. Prayers for him and his wonderful family, all integral parts of the community.

I graduated with Paul. He was a wonderful french horn player in band. I enjoyed riding motorcycles with him when I use to ride. I’m so sorry for your loss. He was a good dude.

I haven’t seen Paul in so many years but have such fond memories of this family as we grew up at Cathedral together. I am praying for you all. Love all those Busbees!

I saw Paul & Karri this past Sept. in San Marcos at my sons funeral and was in shock of the event I really didn’t talk to them and am so sorry. My heart goes out to Karri and her family. God’s Blessing on all of you.

Meagan my thoughts and prayers are with you in the days ahead. Please do not hesitate to call if you need anything.

I had the privilege of working with Karri and Paul on drapery installations over the past 14 years, and I am greatly saddened over this huge loss. Paul always amazed me with his ability to problem solve the ideas Karri and I would send his way – many of which were probably very frustrating for him! He had a knack for always making things work. Paul and Karri had such a wonderful relationship; their love and devotion to each other was always so evident to me. My thoughts and prayers are with Karri and the family.

Prayers go out to the Family. He was a very smart hard working man. Love to come to the units to help. Could make things magically work. Appreciated his time and efforts tremendously.