Steve left us suddenly like one whose train arrived unexpectedly, leaving him no time to say goodbye.

He was a philosopher, a theologian, an astronomer, a deep thinker and a prolific reader.

Perhaps his greatest joy was in sharing the evidence all around us that points to our great Creator.

Steve placed his unwavering faith in the one true living God from an early age and never looked back.  Rather, he dug deeper, past simple faith to unwavering conviction.

Steve was a senior software developer and a very good one.  He took great pride in his work.

Steve was the idyllic big brother, entertaining his little sisters as they grew and jumping in to protect them when needed.

He met his bride of 27 years while both were in Aggieland and proposed to her in song.

He was a one of a kind, who won’t be replaced but who did leave a high bar and challenge for other believers:  to know who it is they have put their faith in and live it out continually, when it is convenient and when it is not.

We are pretty certain that among the first to greet Steve as he arrived in his heavenly home was his mother, Norma Anne Schwerdtfeger and his first son, William.

Steve leaves behind for now his wife, Sheila McDaniel Cunningham; his son (who is just a smidge taller than dad) Dane; his daughter and Latvian princess, Arina; his parents, Larry and Becky Cunningham; five sisters, Cathi Dawn Winkler and husband, David; Kathy Spencer and husband, Andy; Lori Chambers-Dawes and husband, Neil; Sheri Freemyer and husband, Eric; and Teresa Mitchell and husband, John; as well as many cherished nieces and nephews and a handful of true (fellow philosopher) friends.

They each and every one are holding on to the promises of Christ that Steve will be more a part of their future than he was of their past. 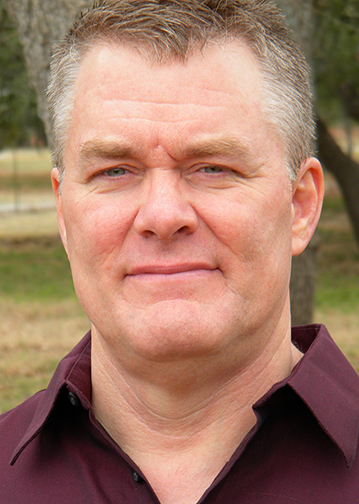 Steve and his family were our neighbors in Seguin growing up and we attended First Baptist together. His Mother passed away while they lived there and I will always remember how his Father was a rock for the his children and handled that time with such grace. They were a very sweet family and Steve was always such a kind soul. I had not seen Steve in many years, but wanted to extend my deepest sympathies to his family and everyone that loved him. While our human hearts grieve – it is not without hope! Our Christian souls rejoice in the promise that we will one day walk on golden streets together forever with Jesus! Prayers for you and yours in the days ahead.

Very saddened by his sudden passing. Looking forward to grand reunion in heaven.