Summa Lee Stelly, 94, of Winnie, died Wednesday, December 2, 2020. He was born on February 14, 1926, to Liza Jo Nussbaum and Curley Stelly, in Crowley, Louisiana, and was a veteran of the United States Air Force.

Summa retired from Gulf States after forty years of service, who began his career climbing poles to VP of Operations. He was an avid outdoorsman who enjoyed hunting and fishing.

He is preceded in death by his wife, Pansy Stelly and son, John Stelly. 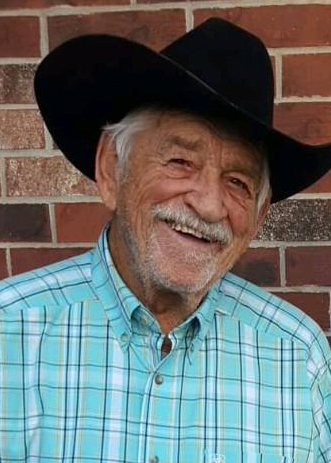 My daddy, Ronnie Carlin, worked with Summa at Gulf States and thought the world of him! I remember going to visit he and Pansy in Baton Rouge when we were kids. They were always so sweet and always laughing. The last time I saw Summa was at my dad's retirement party in 2012. He was still cutting up and laughing. I'm so sorry for your loss.

My husband, Ronnie Carlin worked for Summa in Port Arthur. We both loved Summa and Pansy. They were wonderful people. We stayed with them in Baton Rouge for a coupe of days, and it was like they were family. I will always smile when I think of them.

So sorry for yâ€™allâ€™s loss! Prayers for the family!!!

We are sorry for your loss. Our prayers go out to the family, whom we love!

Mr. Stelly was absolutely delightful to work with. May he rest in peace.

Summa was a great guy. Always upbeat and kind. Loved his strong coffee in a demitasse cup. Could make you laugh until your jaws hurt. My sympathy to all his family and to all the many who loved him.

I started out at GSU in the mailroom. Mr. Stella watched me unloading the mail truck one day and insisted on helping me with my load. I told him that that was my job he hired me to do. He laughed and helped anyway. I never forgot what a nice man he was.

When I was on a line crew working in his neighborhood his wife stopped by and asked if we would be there tomorrow. Raymond Kemp, our foreman said we would and she let us know she would make a gumbo for us for lunch. That was the kind of people they were.