Teddi was a beloved wife, mother, grandmother, sister, and friend. She was the big sister that watched out for all of her siblings from the time she was a teenager. She always made sure the family gathered together and kept in touch with each other, even though some lived in other states. Many people were touched by her giving heart, and she would not take “no” for an answer. She started her career a little later in life than most. She graduated Lamar University’s Nursing program to be an LVN in 1984. After receiving her RN degree in 1995, she worked in home health care most of her career assisting the sick and elderly, which was her joy in life. She was loving, persistent and long-suffering, but never tolerated abuse in any form. She often spoke highly of her co-workers. We hope they know just how special her work family was to her. Her daughter, Julie, and granddaughter, Grace, were the light of her life. Her steadfast belief in God carried her home to be with the loved ones that went before her. She will be so deeply missed by many.

She is preceded in death by her parents; daughter, Mechell Joy Roberts; and sister, Vicky Kinman. 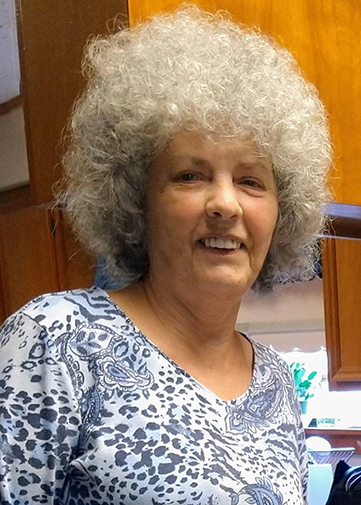 I was so sorry to hear of Teddi’s passing. When I worked for Graybar, the BISD gang were my favorite customer and Eddie was one of the nicest men I knew. I know how much he treasured Teddi, and I know she will be sorely missed. I am praying for Eddie, Julie and Grace, that God in His infinite mercy, will give them the peace that surpasses all understanding.

Teddi was such a sweet person. I knew her from Mid-Jeff hospital back in the late 80’s and early 90’s. We weren’t in the same department but I interacted with her every day! She was the most caring nurse and her patients and fellow employees loved her. She always had a kind word for everyone! Prayers for her family that God will help you through your grief. Keep your memories close and she will alway be with you in your hearts!

Teddi will be missed! She was a very caring person for anyone that she was around. My prayers go out to all the family and her friends.

Prayers for Eddie, Julie, and Grace.
So sorry to hear about Teddi.
I worked with her for years at MidJeff.
She was a sweet caring person. All statements about her in obituary are very true!

I will miss you forever. You were our rock in this family. God Bless and see you again. Love you and your family

So sorry to learn of my dear friends passing.
So many prayers for her surviving loved ones.⁸

Teddi was a delight to work with! She was always so sweet and kind and I feel blessed to have know her and work with her. To her family and friends – I will be praying for you all.