Terry James Arnaud, 69, of Nederland, died Monday, March 2, 2020. He was born on February 23, 1951, in Arnaudville, Louisiana, to Angela Bergeron Arnaud and Allen Arnaud.

He is preceded in death by his parents and brother, MacArthur Arnaud. 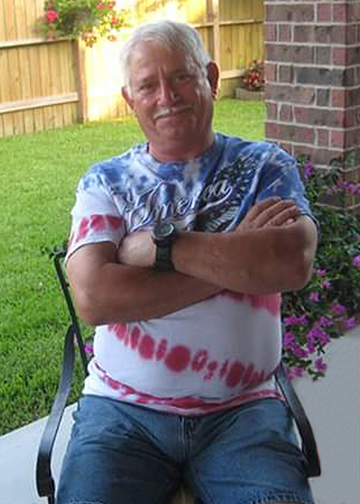 Pearl, Chereny, Shane and Angie I Sat here and rewrote what I was going to say, but the only thing that comes to mind is that I love you all and Iâ€™ll be keeping you in my thoughts and prayers. Mr. Terry will be truly missed here on earth, but what celebratuIon they are having in heaven now, I hope they were prepared for this amazing personality.

To mawmaw Pearl and Steve and Angie, "Pops" as Austen and Gage call him, we are so very sorry for your loss. Words never are enough, but believe he is in Heaven with our Lord and Savior and no more pain. We will all meet again. Love you all, and our prayers are with you. Terry and Donna

Pearl, we are all very sorry for your loss. Terry fought a hard battle.. I know you will miss him very much having lived a good long life together. Our thoughts and prayers are with you and your family.