Terry Joe Fussell was born to Emma Ruth “Tootie” (Knott) and Charlie Bell Fussell in Manhattan, Kansas on March 29, 1941. The youngest of their three children, he lied about his age and joined the Navy at age 17 and served for four years.

For several years he enjoyed riding his bike and collecting all the shiny stuff he came across. He never met a stranger and made friends with all he met.

After he retired, he and his wife thoroughly enjoyed playing bingo and visiting nearby casinos. This continued after Barbara’s passing. Terry was very devoted to his wife, Barbara, and was by her side daily when she was no longer able to be taken care of at home.

The family would like to give a special thanks to the staff at Beaumont Health Care and Gentiva Hospice for the loving care they provided at the end of his life. 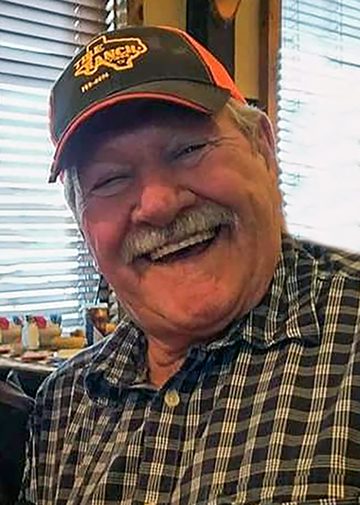 To my dear friend Scott and Stephany, please receive my deepest condolences to you and your family. I believe that you took me to meet your parents a couple of times. Just know that they are with each other now and with The Good Lord. R. I. P.

thank you uncle tewwy for all the laughs and silly grins. my cousins, my beautiful auntie barbara. i love you for all my life and into the next. see you on the other side. xoxoxo

Fly high Uncle Tewwy! No more cancer, no more pain! I love you!

My dear sweet cousins, I love you all. Prayers for peace and comfort for us all, but especially all.of you, his children.