Terry Ogden died of complications due to Parkinson’s Disease in Beaumont, Texas, on Tuesday, December 1, 2020, at the age of 66.

Born to Leslie Ann Davis Ogden and Dee Dixon Ogden, Terry earned his Associate of Arts degree from San Jacinto Community College, a Bachelors of Science from Lamar University and a Master of Arts from University of Houston-Clear Lake. He married Cynthia Kay Kelley and they had one child, Kelley, in 1977. After a divorce, Terry remarried to fellow theater teacher Cynthia Florez in 1991 until their divorce in 2016. Terry taught theater at West Orange High School and Kelly High School, and after moving to Houston in 1981, became chair of the theater department at his alma mater, San Jacinto Community College. As a professor, he received numerous accolades for his teaching work and the many theatrical productions he produced and directed.

In 1987, Terry was diagnosed with early-onset Parkinson’s Disease at the age of 33. For the next 33 years, he fought his disease with unimagined bravery and humor, enduring numerous experimental treatments and two open-brain surgeries. Unfortunately, despite best efforts, the disease progressed until he lost his mobility, speech and independence at far too young an age. Although his disability forced him into an early retirement from his beloved teaching career, he continued to write and mentor others for as long as he could, again displaying a ferocious will to learn and live no matter the obstacle.

Terry is survived by his mother, Leslie Ann Cobb of Beaumont; his daughter and daughter-in-law, Kelley Ogden and Lisa Thew of Sacramento, California; his brother and sister-in-law, David and Diane Ogden of Beaumont; and his nephew, Justin Luther of Beaumont.

A gathering of Mr. Ogden’s family and friends will begin at 1:00 p.m., with his funeral service to follow at 2:00 p.m., Monday, December 7, 2020, at Broussard’s, 1605 North Major Drive, Beaumont. All are welcome to attend and celebrate Terry’s life. His cremation arrangements will be handled through Broussard’s Crematorium. (Due to COVID concerns, a memorial service will be announced for summer 2021.)

The family wishes to express special thanks to Cindy Hussey and Justin Luther for their care and concern. 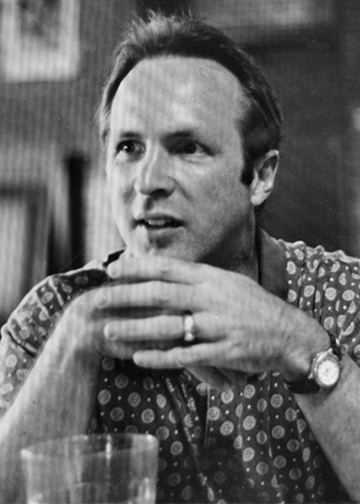 Ann and family. So saddened to hear of Terry's departure. I know he will be missed by so many. He fought a long battle and is now flying high with the angels. RIP Terry. Love you Ann!

Ann - my thoughts and prayers are with you.

I am so glad that you are finally free!

Terry and I were good friends in the 4th or 5th grade.I spent the night at his house several times.At Bowie we went in different directions socially.He was a great guy and I am glad he is healthy in Heaven.

Terry is free. He battled a long and fierce war against Parkinson's and his mother was his champion. Ann would not let anyone or anything stand between her and getting Terry the things or the treatments he needed. I remember Terry's pride when he drove through a hamburger stand and ordered his food - on his own - the first time in months. I remember how proud he was and how proud his mother was. I remember how she tracked down the right voice synthesizer for him. I remember one of Terry's last theater performances when he was immobilized and had only one word of dialog - which he delivered. And I remember how proud and pleased his mother was that he didn't give up. Friends from French High School remained faithful and supportive. Everyone who knew Terry loved him and every one who loved him rejoices that he is with the angels - free of earthly ties and bonds.

Went to school with Terry since elementary many good memories over the years even though we had different interest always had time to share a few stories and a smile. Terry was a talented man who loved the theatre and gave it his all, Parkinson's disease took it's toll at a young age even though Terry fought a good fight he gave it his all R.I.P. our friend

Ann so sorry for your loss even though he is in a better place, it is hard to lose a child. Love you

It has been over 40 years since I lived in Beaumont and attended St. Mark's Episcopal Church, but I do remember the Ogden family. My first marriage ended after 14 years when my husband decided he did not want to be married to me any longer, but I raised his son Mike from one of his previous marriages from the time Mike was about 2 years old. Mike died in an automobile accident when he was only 21. He had learning disabilities and dropped out of school before he finished high school, but he was a loving son and brother to his younger sister..

I went to Bowie Jr High and French High with Terry. There was a whole group of us that hung out and enjoyed all the fun activities and social life of school. Terry was always so nice and such a good person. It isnt surprising to read about all of his accomplishments. What a beautiful daughter. !! God Bless to his family that will surely miss him. ...prayers and thoughts to all.

Terry was a few years ahead of me in school. I will always remember his amazing acting talent. I enjoyed seeing some of his performances at San Jac and Lamar. My deepest sympathy to all of his family.

Ann, Iâ€™m so very sorry to learn about Terry. It is so very hard to lose a child, no matter the age. You are in my prayers.

Terry was such a talented guy and wonderful friend. I thank God for our time together at Lamar and there after.

Terry was my theater teacher at Kelly High School. He always made his students feel so welcomed, respected, and heard. His class and the shows he directed were some of my favorite times in high school. We thought it was so great that he allowed us to call him by his first name. Iâ€™ll always remember that he was kind, caring, honest and even stern, on the rare occasions that he needed to be. Iâ€™ll also remember how much he adored and talked about his daughter, Kelley.