Thomas Earl Amerine, 81, of Beaumont, died Monday, July 5, 2021. He was born on July 14, 1939, to Clara Erzana Burger and Weldon Frederick Amerine, in Houston, and was a veteran of the United States Navy. He worked at Gulf States Utilities for 35 years.

He was an avid sports fan; spending mornings on the golf course and playing armchair quarterback during football season. He also participated in multiple bowling leagues over the years.

A gathering of Mr. Amerine’s family and friends will begin at 1:00 p.m., with his memorial service to follow at 2:00 p.m., Saturday, July 10, 2021, at Broussard’s, 1605 North Major Drive, Beaumont. His cremation arrangements will be handled through Broussard’s Crematorium, Beaumont.

In lieu of flowers contributions may be made to the Salvation Army, P.O. Box 3706, Beaumont, Texas 77703 www.give.salvationarmyusa.org. 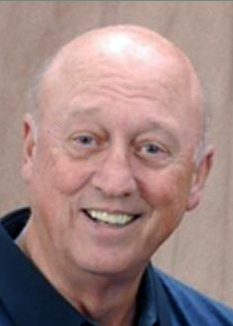 I had the good fortune to have played many round of golf with Tom. Initially, we played with other friends. The last few years, it was just the two of us, teeing off at the crack of dawn, enjoying the game, the fresh air and one another’s company.. Tom would always swing from the “heels” and never laid up short that I recall. Conversation among other things always included our common interest in video poker and trips “across the river” to a Louisiana casino.. I’ll miss him. My condolences to Katherine and many thanks to Ralph and Sue for their help in Tom’s final days.

Kathi - Please know that you have my deepest sympathy.

So very sorry for your loss. Prayers for the family.

I had the pleasure of working for Tom in Records Management at Riverbend Nuclear Power Station in St Francisville, La. He hired me in 1978 so I’ve known him for some. 44 years. I have had a few supervisors in my life but he was by far the best. We stayed in contact all these years via email. I will dearly miss him and his correspondence. My prayers go out to him and his family, especially Katharine. Rest In Peace with our Lord Tom

Kathy and family, please know our prayers are with you at this time. Tom was a great teacher and a fun to work with, we bantered back and forth daily. I will miss his voice calling me Conn and his large frame lurking over the panels of my office. May God hold you in his hands. Love you

Prayers for Katherine and all the family. Loved working with Tom a great teacher. He was always patient and kind when I moved into the 8100 Group with Sandra Conn, Supv. and Gloria Smith 8100 trainer. Such happy days and wonderful memories working at GSU and Entergy.. Thank you Tom!

My sincere condolences to you and your family. Tom was a coworker who I will always consider a friend.

Kathi, and Family Judy and I are so sorry to hear the news about Tom. He was a great guy and remember fondly those days we worked at GSU.. You have our sympathy and prayers as you experience this loss.. God Bless all of you!

Kathy I am so sorry for your loss. He was a great guy.