Tim grew up in Beaumont, Texas. He was a proud graduate of Forest Park, class of ‘76. It was during that time he met his high school sweetheart, Andrea. After eight years of dating, Tim and Andrea married in 1982. They welcomed their first child, Jennifer, in 1984, and second, Jamie, in 1993. As all their family and friends will attest, through thick and thin, Tim and Andrea were together till the end.

Tim never met a stranger. His smile was always there to greet you, and he always had a kind word to say. Cooking was his love language. Whether it was Sunday barbecues by the pool, red beans and rice for Mardi Gras, or a feast at the Bud Barn, serving others brought him the most joy. His family will always remember his pool cannonballs, war memorabilia collection, couponing, and love for his wife, kids, family, and friends.

He was preceded in death by his parents.

In lieu of flower, memorial contributions for Mr. Deaton may be made to Nutrition & Services “Meals on Wheels”, 4590 Concord Road, Beaumont, Texas 77703.

A gathering of Mr. Deaton’s family and friends will begin at 1:00 p.m., with his funeral service to follow at 2:00 p.m., Sunday, December 12, 2021, at Broussard’s, 2000 McFaddin Avenue, Beaumont. His cremation arrangements will be handled through Broussard’s Crematorium, Beaumont. 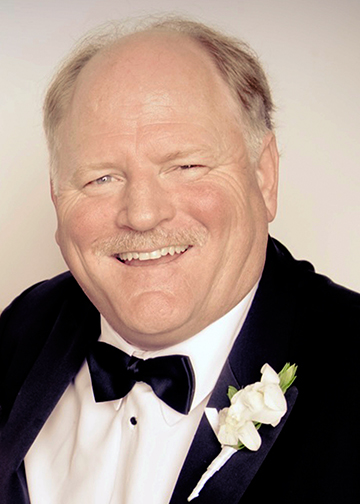 Andrea,
So sorry for your loss.

Andrea, I am so sorry for your loss.

Jennifer,
I am so saddened by the passing of your father. I am sorry that I did not have the opportunity to meet him as I think I would have so enjoyed that.
Keep his memory close.
Bobbie

So sorry Andrea and family!🙏🏻

So sorry to hear of Tim’s passing. God bless your family and those precious grandchildren.

Dear Deaton family,
So sorry to hear of your loss, Tim was a nice man, always a smile on his face. Please know you are all in our prayers, as is Tim.

Andrea I’m so sorry to hear of Tims passing. I so enjoyed working with him. He was a kind, understanding and loving friend whom had a heart of gold. My prayers for peace and comfort for you and your family as well as his work family. He will be so missed. He was so kind to me always.

Andrea & Girls… So sad to learn of Tim’s sudden passing.. I have fond memories of our time at Coburn’s… will be praying for you & your family during this difficult time.
Pat Warren

You will be greatly missed by all .I remember you picking me and Mr. Rickman up to take him to the doctor with nutrition and services.your family has my sympathy.

Im so sorry to hear of this .Tim was a great guy we worked together for many years as Coburns . May God be with his sweet family , I pray Peace and Comfort for you all .

I am so sorry for your loss. I ushered with Tim at St. Jude for many years and he was a pleasure to be around. My sincerest condolences.