It is with unexplainable sadness that we must announce the untimely passing of Timothy Lane Grafton, aged 60, of Kosse, Texas. Tim was born on January 11, 1962, to Baton Rouge, Louisiana.

He started his career with Davis International and then went on to work for Saulsbury Industries to become Senior Director, E&I. Anyone who had the pleasure of knowing him would attest to his level of loyalty, commitment, work ethic, and value.

He worked hard because it was important to him, but also because he wanted to make sure his family never with without. He spent his free time at this ranch with his family, hunting, fishing bbqing, telling bad jokes, and of course, working. His idea of a perfect Saturday was to spend the entire day filling up deer feeders, as long as he had someone else to climb the ladder, of course!

Tim was a lot of things to a lot of people, but most importantly he was a wonderful husband, the world’s best father, grandfather, and certified BMF. Family meant everything to him and he made sure to teach us everything we needed to know about life all while keeping us laughing the whole time. He will be missed by many. Matter fact, he already is.

He was preceded in death by his parents, Lane and Sylvia Grafton and his sister, Becky Ruiz. He is survived by his beautiful wife, Cheryll Grafton; his 3 children, Jocquelin Smith, Megan Grafton, and Tyler Grafton; his 7 grandchildren, Isabella, Sydney, TJ, Harlie, Benjamin, Emery, and Griffin; and his sister, Pam Grafton.

A memorial service will be held in the upcoming weeks with details released at a later date. 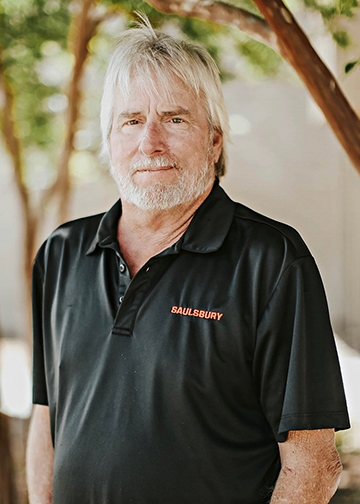 Tim Grafton. Where do I start about this man. He was diehard dedicated and a hard man to work for but when he spoke it paid to listen every time. He was a good friend with a heart of gold for his friends and employees. I wouldn’t be where I am today without him believing in me and pushing me to be the best I could be and then some. Thank you Tim. RIP old friend. Be seeing you.

I grew up across the street from Timmy (as he was called back in the day) in Louisiana. He was like a big brother to me. He once rescued me from the roof of my house when his sister Becky and I decided it was a good idea to suntan up there, and I was too scared to get down. He stood on the ground and told me to jump and he would catch me. Finally, I jumped and he caught me, but we both fell to the ground. I will never forget that day! It’s funny when I think about it now. He was a great person and I’m sure he will be greatly missed by all who were blessed to know him. You and your family are in my thoughts and prayers.

I am so sorry for your loss. You will all be forever in our prayers. Words cannot describe the emptiness that this sadness has brought to us all. I could write a novel about this MAN. But mostly I just want to say, Tim was a Great Boss and a true friend. He will truly be missed by all that knew him.

We are praying for you all and are so sorry!❤️ May the Lord give you peace and comfort during this difficult time…

Tim was the kind of guy everyone wanted to be around. He always had a knack of stirring things up just to get a rise out of people! I was blessed to have gotten to know him and his amazing family. He will truly be missed!

You are missed my dear friend and son in law. I will miss our coffee drinking together on the porch. I know you and David are fishing once again and will hunt the big one later this year! Rest In Peace my friend