Todd Wayne Grymes was born on July 1st, 1959 in Houston, Texas to Don and Georgia Grymes. He was reunited with his Creator on January 18th, 2022.

As a child in Houston, he lived close to his paternal grandparents who took him out frequently to explore the bayous and bays around the city and on many fishing trips. His favorite childhood possession was his bike which he used daily to adventure with his best friend, David. Though he grew up in the city, he preferred the summer and winter breaks spent with his maternal grandparents and great aunts and uncles in Sour Lake, Texas. He spent time with his grandfather and uncles hunting, fishing, crabbing, frogging, trapping, baling hay, working cows, and maintaining fence lines and barns. He also spent time with his grandmother gardening, picking produce, snapping beans, and shelling peas. Through his strong connection with his family he was taught the value of simple living and hard work very early in his life and grew a great appreciation for the outdoors, farming, and ranching which he shared with his wife, daughters, and grandchildren.

Todd took his first job at 15 years old with Gulf Pipeline as a laborer. He continued his career in pipeline development and maintenance for 47 years, at Lucas Station in Beaumont, Texas. He served as a lineman, an electrical and instrumentation maintenance technician, and ultimately worked as a cathodic protection technician until he retired from Valero in 2022. He tolerated desk work but his preference was to be in the field gathering data and problem solving with fresh air and wide open spaces surrounding him in his work.

As his career indicates, Todd preferred to spend his time outdoors and found joy even in his time working long days outside practicing the ranching skills he learned in his youth. Those who know him well, know his solutions were often creative and designed with what he had around him. A roll of electrical tape was never out of reach. When not working, he enjoyed hunting and fishing and sharing this with his friends and family. He developed lifelong friendships through his bow-hunting trips to Nebraska and through his time spent fishing on the Bolivar Peninsula. He always had a great hunting and fishing tale to share and was laying the framework to share this passion with his grandchildren.

He acknowledged God’s design was interwoven into the outdoors he loved because his first and greatest passion was for his Lord and Savior, Jesus Christ. Todd was baptized into Christ in December 1984 and committed himself to the community and work of Christ through the church and encouraged his children to seek relationship with God and knowledge of God’s plan for mankind.  When leaving the house for school, social activities, or work he would often be heard saying “Remember who you are” to ground his daughters to be a light in the world.

During his new season of retired life, he enjoyed the extra time with family. From dance recitals and karate belt testings, to baseball, softball, football, and basketball games, he made a commitment to be at every event possible. During his last week, he spent 4 days in Galveston with his wife, the love of his life, in the same place they honeymooned over forty years ago. Todd was often a man of few words but his family, friends, and church community knew him to be a quiet servant, willing to help those around him in need. He will be greatly missed but through hope in Christ we look forward to a joyous reunion.

He is survived by his father Donald Wayne Grymes of Huffman, Texas; mother Georgia Ann Grymes of Beaumont, Texas; sister Gay Grymes of Minneapolis, Minnesota; his wife of 41 years Leslie Marie Grymes of Sour Lake, Texas; daughter and son-in-law Candice and Andy Bailey and their children Nolan, Keegan, and Drew, all of Sour Lake, Texas; his daughter and son-in-law Megan and Chris Robin and their children Maddox and Lennox, all of Groves, Texas; and he is also survived by a community of fellow Christians through his long-standing work with the Dowlen Road Church of Christ.

He was preceded in death by his grandparents, George W. and Nell Lea Hinson Jones, and RW and Hazel Grymes and great uncle, Aldric Jones, all who heavily invested in the development of his character.

His services will be livestreamed via the following link: Click Here

Todd enjoyed participating in his children’s and grandchildren’s youth dance and sporting events. In lieu of flowers, memorial contributions can be made to a local youth sports or dance organization of one’s choice. 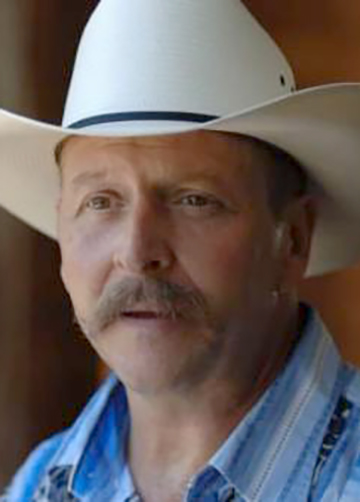 Leslie..just heard about your loss. (Feb 4) You have our condolences and love. Last time I talked to him was at Baptist hospital on my volunteer day I know it’s a sad time now but the good Lord will watch over you.
Rick and Marie

I met Todd 10 years ago trying to sell him on a coating. It started a friendship and mentorship I will not soon forget. One of the few men and prospective clients who always answered or returned my calls no matter what. Our conversations typically would cover what I was selling for a few minutes then turn into half a hour or longer talks about life and how I could succeed in business and more importantly relationships as he seemed to do so easily. He would give me advice on anything from work to family and simply life. He was a man’s man and I am sorry I did not know of his passing sooner. He made a large impression on my life in a short time and he will never be forgotten. Rest in peace Todd from Todd (as he’d tell me). God bless your family and all those he touched in life like myself.

Thank you for your kind words.

He always counted you as a friend Rusty. Thank you for your kindness.

Our sincere condolences on your loss. I knew Todd since High School when he started dating my sister, who he then married. I always respected Todd as he was a man of few words, but when he said something, it had purpose. He was a hard worker, had a witty sense of humor and would do anything to help someone in need.

It brings me comfort to know of Todd’s grounded belief in our God and savior Jesus Christ. I know he is in heaven now celebrating in the presence of Him. We know that we will be united in that celebration when our time comes too.

Our prayers will continue for those left here grieving his departure; he will be missed.

There are no words to express our sadness during this difficult time. Our hearts are broken for all of you. He will be missed by so many!
There is several things I know. Todd loved his wife, his girls, his grandchildren and his son-in-laws. He was a faithful God loving man. He was kind and a good friend to those that knew him.
I am praying for that you find your peace, strength, and peace through our Lord Jesus Christ. He is the answer. Peace comes through his Holy Spirit. Joy comes though our God! May He sustain through this most difficult time. We love you very much!

So sorry to hear about Todd’s passing. I worked at Lucas Station in operations. He would brighten the day with his smile. He will be sorely missed by his family and friends. My prayers are with you as you go this difficult time 🙏.

To Leslie, Candace, Megan and all your family. We are in deep deep sorrow at this difficult time of loss. May God wrap his arms around you and strengthen you for the days ahead. Always remember he is a child of God and rejoice knowing he is safe with God. ❤️

RIP, pray God gives you and family comfort, and peace during this sad time . Love to all!🙏🙏🙏

Candice and Andy,
So sorry for your family’s loss. Prayers for finding joy in your memories and strength to comfort each other during the difficult days.

Georgia, we are so sorry for the loss of your son. Please know that our thoughts and our prayers are with you at this trying time.

Words cannot express my sympathies toward Leslie and her entire family. Todd will be greatly missed but to those that knew him, never forgotten. His quiet, witty, intelligent personality was one of a kind. I will miss him dearly but know he is now in great God’s hands. I love you Todd!! ❤