Tommy “Jammer” Muzzillo, 51, of Nederland, passed away on Monday, January 4, 2021, at Memorial Hermann – Texas Medical Center, Houston, with his children and girlfriend by his side. He was born July 1, 1969, in Lakeland, Florida, to Carole and Ronald Baxley.

Tommy lived an early part of his life in California and eventually moved to Texas where he was raised by Carole and Ralph Muzzillo. He was a 1987 graduate of Lumberton High School. Growing up he played basketball, tennis, golf, and was a star soccer player.

Tommy began working at B95 in 1989. His original radio name was Tommy Richards, later changed to “Jammer”, which is the name that became his signature known by so many. In 1994, Jammer helped launch KQXY 94.1. He later went on to work in the record label industry with Island Def Jam Music, Lava Records at Atlantic Records, and then Columbia Records where he was Regional Promotions Manager. He was a record rep who worked with countless artists such as Def Leppard, Elton John, Beyonce’, John Mayer, Adele, Jonas Brothers, Train, Simple Plan, Boys Like Girls, AC/DC, The Ting Tings, and so many more.

Jammer returned to Q94 joining the on-air family where he later became Program Director. He had a passion for music both new and old and of all genres. He loved being on the air for his energetic, entertaining, and popular show on Q94, “The Drive at 5.” He also loved broadcasting live from local community events, DJing for local school dances, proms, and weddings, and was the weekend DJ at The Dixie Dance Hall, Beaumont, for many years. Music was such a powerful part of his life.

Tommy’s most beloved treasures were his children. He was a caring, loving, and an “all-in” dad. He was devoted to Madison, Macy, Maggie, and Luke in every way. He loved being a cheer dad and taking the kids and their friends to concerts. “Dad” was his favorite title. He also enjoyed spending time at the pool and beach, watching football among other sports, spending time with his friends, and staying close with his family, both near and far.

Tommy was larger than life! He was funny, loving, loud, goofy, and had the greatest laugh. He knew how to draw people out and genuinely make them feel special. He truly had love for everyone. His energetic personality was contagious, and you always had a great time when he was around. Tommy made the simplest moments unforgettable. He never met a stranger and to know him was to love him.

Tommy is survived by his parents, Carole and Ralph Muzzillo and Sheryl and Ron Baxley; children, Madison and husband, Tre’; Macy; Maggie; and Luke; siblings, Sean; Leah; Jenny; Kelli; and Dana; many brothers-in-law and nieces and nephews; the love of his life, Geri, and her sons, Grayson and Jonah; and countless lifetime friends.

In lieu of flowers, the family respectfully requests that any donations be made to the GoFundMe page to help benefit the needs of his children. Tommy “Jammer” Muzzillo Memorial Fund 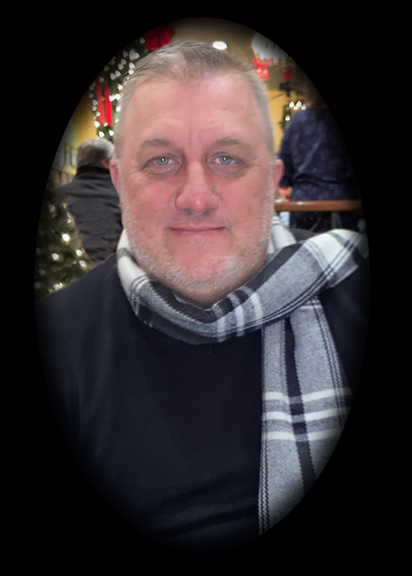 I worked part time at 94 in the mid to late 90s. Jammer was our music director and was a true professional. He was a good person, and I was honored to have known him. Prayers for comfort for his family and friends.

Our hearts are heavy for Tommy's beloved family. His smile, voice and awesome personality will be truly missed by so many. God has a new DJ in Heaven and "Jammer" is smiling down on all of us. Prayers and love surround you all Muzzillo family. God Bless

I am so sorry for your loss, I'm heartbroken, Jammer was a great guy, He always had a smile on his face & I am happy to call him my friend. Prayers for the family.

Ralph and Carole we are so saddened by the loss of Tommy. May the Lord give you peace and comfort at this time.

My condolences have been extended to Carole and Ralph Muzzillo, both of whom I love dearly. Being the widow of his maternal Grandfather, Richard Freeman, I want to extend my extreme sorrow to the rest of Tommy's family. I have happy memories of the last time he visited his Grandfather here in Florida, and of his wedding that we attended in Beaumont. Go with God dear man. Barbara Freeman

I am very sorry to hear of Tommyâ€™s passing. I worked with his grandmother, Betty, and know he was loved.

You will never be forgotten my friend. Once a DJ brother, always a DJ brother. More than anything, I am proud to have called you a friend. I know I'll see you on the other side someday, and I know you will have everyone laughing and smiling in heaven just as you did for all of us.

Carole& Ralph, My thoughts and prayers are with you, Tommyâ€™s kids, girlfriend & other family. Tommy will be missed d by so many. May he Rest In Peace. He was always always a pleasure to see through the years, I thought a lot of him. Love to all of you. Bobbie

I'm sorry for your loss. Heaven's DJ, "Jammer"... Many days filled with great listening. & served with a smile, always. We all have a great angel looking over us. In my thoughts and prayers to lift heavy hearts. You will be greatly missed.

I was so blessed to know your Dad and your family . Keeping you all in prayers