Tully graduated from Beaumont High School in 1960 where he was remembered as a class favorite.  Following high school, Tully graduated from Texas Christian University where his affiliation with Sigma Chi fraternity led to more wonderful life long friendships, and he became an avid TCU football fan.  Always a gentleman, his fun-loving personality, ready smile, acceptance of everyone and dedicated friendship were characteristics that continued all his life and lead to a very successful 30 year career in the real estate appraisal business with Don Hall Appraisers. His colleagues remember with affection his willingness to help everyone and his extraordinary work ethic. As a devoted son, Tully enjoyed breakfast with his mom every morning in her home until her death at age 98. Together, Tully and Jan, enjoyed travelling with Myra to her bucket list destinations. As a husband, he was dedicated to Jan’s happiness, and they enjoyed nature, bird watching and the love of gardening in their backyard together.  As a father to an only son, he allowed Hutch to spread his wings and land in far reaches of the world and as often as possible traveled to visit him wherever he landed.  When Hutch landed in Mongolia, married and created his own family Tully and Jan embraced their roles as grandparents and diminished the miles between them with many hours on skype. Again they traveled to where Hutch called home. In July, 2021, to their great joy, Hutch came home to roost bringing his wife, Aagii, who soon became like a daughter, and three exquisite grandchildren,   Overnight, Tully gave new meaning to being a “Pop.”   He will be greatly missed and forever treasured by his family, neighbors, HAMACO classmates, many other friends and colleagues. To live in the hearts we leave behind is not to die.

A celebration of Mr. Butler’s life will be held at Trinity United Methodist Church, Beaumont, Texas, on Saturday, March 19, 2022. A visitation for family and friends will be in the Nita McKnight Parlor starting at 10:00 a.m., followed by a memorial service in the sanctuary at 11:00 a.m.

In lieu of flowers memorial contributions may be made to Trinity United Methodist Church, P.O. Box 5247, Beaumont, Texas 77726 or to a charity of one’s choice. 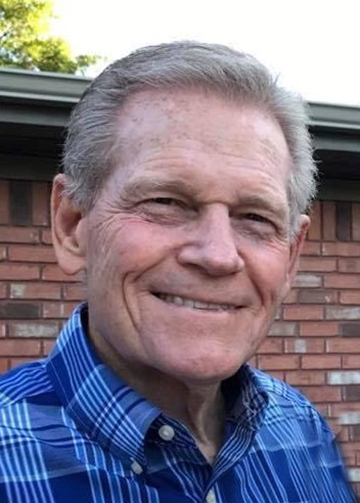 I’ve been an office mate of Tully for almost 20 years. What a genuine human and great gentleman. He was one of the kindest men I’ve ever come across. My sincere condolences to his family.

To all the family , May Tully’s love and your faith carry you thru this difficult time. Memories are the legacy of
God’s love.
Lollie Taylor

We both have known Tully for such a long time
He was one of the kindness most sincere people we have ever known
We are sad that he is no longer with us here but as Carol Ann said, it is Heaven’s gain. Much love to Jan and all of his family.

Dearest Jan,
I was so sad to hear about Tully’s passing. I have known Tully since elementary school and he was absolutely one of the most sincere,genuine, sweet men I have ever had the pleasure to know.He will be missed by everyone. Our loss is Heaven’s gain❤

Oh Jan. Joe Bob and I are so very sorry for your loss. Sending lots of hugs and prayers.
Jane and Joe Bob

Tully had a way of always making those around him feel welcomed. He had a way of letting you know he cared about you and what you had to say. I will miss his warm demeanor and ever present smile. May he Rest In Peace. My condolences to his wonderful family.

It was a pleasure to know Tulley As a friend and client at the barbershop
,he will be missed,prayers to his family

I feel so lucky to have had Tully as an uncle. He was truly one of a kind.

Jan, I am so very sorry to learn about Tully . We all shared such delightful times visiting in Myra’s kitchen and garden when my mom and I returned for visits in Beaumont . My thoughts and prayers are with you and your family . Love , Pam Webb

Jan we are sending you love, hug, and prayers.

Jan, I am so sorry to hear about Tully. He was such a warm and genuine person and always had a big smile on his face. He will be missed. I am glad that Hutch and family are back home and are there to comfort you.
Sending you lots of love,
David Meaux

So sorry for the loss of a good son, brother, husband, father and grandfather. Also, feeling his loss will be friends and coworkers. I loved walking into work and being greeted with a sweet smile and a good morning from Tully. Everyone loved Tully…he will truly be missed by many. Keeping you all in my thoughts and prayers.
Jerry