Vick grew up in South Park and graduated from South Park High School in 1978. He attended Harding University in Arkansas and Lamar University in Beaumont. During his time at Lamar, he met and fell in love with Katha Corley of Spring, Texas. The two married on December 3, 1983. During this time, he worked for his brother and father at Nelson Supply. In 1988, Vick founded Maverick Valve and Fittings, Inc as an engineering and pipe and valve supply company. As the scope of the business grew under his leadership and service, the name was changed to Maverick International, Ltd. to reflect that growth. His brother, Jerry, joined him in 1990, and the two worked alongside one another until Vick’s retirement in 2014. Vick served on the board of Beaumont Christian Schools/Christian Heritage Academy from 1993 to its closure in 2000. In the fall of 2000, Vick began his non-profit Stones Crying Out. Through this ministry, Vick furthered his true purpose of blessing others.

Vick took great joy in: his wife, children, son-in-law, and grandchildren, Christmas, long baths, the beach, cats, coffee with a lot of cream, giving abundantly to people, cats, Disneyland, reading the Wallstreet Journal, Amazon.com, cats, every genre of music except for rap, the Houston Astros, cats, worshipping the Lord to music, and the beautiful city of Beaumont. But, honestly, he loved his family and cats.

He is preceded in death by his grandmother, Ocie May Vick; his sister-in-law, Paula Corley; and his dear friend, Bob Buford.

Vick honored his Father, loved his Jesus, and pursued his Holy Spirit. 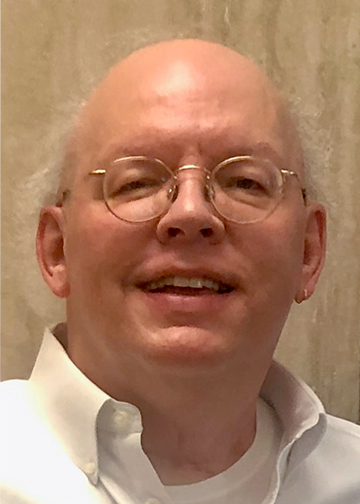 What a Christian example he has been to our church and community. Praying for family who is so special to us. God bless, Tom and Carole Garner, Lumberton church of Christ.

I only knew Vick a short time. But I quickly noticed how he loved and honored Katha's family. Rest in peace, Vick.

Katha, my heart breaks for you and your children. There are no words. I am praying for strength and peace for you all during this sad sad time. I have nothing but fun memories with Vick. He made us laugh and was usually up to something mischievous in High School days. I will cherish those times.

Such a sweet and generous man! Katha, Maggie, David, Lucy, Journey, Emma and Elijah praying for your family. We love you! The Mitchells

And now God has called one of his best home to the Heavens. Vic was a kind, honest, gentle and by all definition the best friend anyone could have. We pray that God will give Katha and the kids the strength and patience to deal with the loss of our friend Vic. Sina, Soheila, Amir & Layla Nejad

My deepest condolences to all of the Nelson family. I’m so sorry for your loss. I’m praying for God’s peace and comfort to envelop you all during this time. Please know that I love you all so very much. Love and hugs, Miss Joanne

So sorry to hear this news. My prayers for the family. Although I haven’t seen Vick in several years, I have wonderful memories of him, Katha, Beth and the whole family, that I will cherish forever.

There was no finer man. He will be missed.

Prayers for the family

We loved Vick and what a great generous Christian man he was. Prayers for all the family!, we love you all. The Lively family

Vick was such a kind and generous man and I am so sorry for your loss.. Mark always spoke so fondly of his childhood years of growing up with Vick.

We are so deeply sudden to here about Vick. Love & prayers to the Nelson family. We love you Vick. Johnny & Sharon Passmore

There are no words to describe this man. He was truly a good, loving, generous, Godly man. When Vic said he would pray for you, he truly did. I know he prayed for me and my family so many times. He blessed my girls and I so many times. I pray we will be able to help Katha and his family in some way. Vic totally adored his family. Vic loved everyone. He was kindest gentlest soul I have ever known. Heaven has gained an amazing angel. Love. Mitch, Maggie, and Mollie McLeod

we are so sorry to hear of Vic's passing may he rest in peace. My Gatha, and tthere children and grandchildren find peace in knowing he is resting in Jesus mighty arms.

So sorry to hear of Vick's passing. Our thoughts and prayers are with all the family.

I have had the pleasure of knowing Vic for most of my life. He was such an example of how life is supposed to be lived and always led his life by example. Praying for the entire family during these difficult times.

Vick has been a blessing to so many people, including my family. My heart breaks for you, Katha, Maggie, Emma, Elijah, and all of your family. You will be in my prayers.

Katha and family, My heart is saddened to hear this news. May the peace of God, which passes all understanding, guard your hearts and minds in Christ Jesus, as the Word promises. I am so sorry for the loss of your husband, father, friend, and hero much too soon. My prayers will continue for you. Much love and sympathy, Donna Hoffman Danielson

Our heartfelt condolences to the Nelson Family on the loss of Vick.