Victor was a United Stated Marine veteran. In his earlier years, he was a Golden Gloves boxer before becoming a professional boxer. He owned and operated Vic’s Garage in Port Arthur for forty-five years. In his free time, Victor enjoyed spending time at the beach cabin and time with his grandchildren and great-grandchildren. His family was his heart.

He is preceded in death by his parents, Lena and Frank Graffio; wife of fifty-seven years, Dorothy Ann Graffio; and brother, Joseph Graffio.

Memorial contributions may be made to the Alzheimer’s Association, 700 North Street, Suite M, Beaumont, Texas 77701. 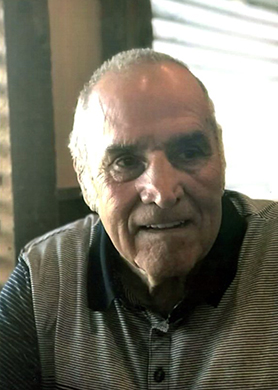 My Dear Brother Vick I Love You & I will miss you Dearly & you will not suffer anymore because you will be in Gods hands. Mom & Dad and joseph are waiting for you with open arms. All My Love Jennie

My deepest sympathy to all of the family.

Have known Vic for many years, he was a friend and a gentleman. He is now resting in the arms and grace of God. My prayers are with the family.

Always hung around the garage when you worked for grandpa Gennuso. You were a hard worker and a boxing nut for life. I'm sure you and grandpa will be fixing alot of transmissions in Heaven! Love ya, Barbara Ann.

I have so many good memories of Vic and his family. He was one of a kind. He will be missed. RIP Vic.

Vick we lost touch a very long time ago but you and the family have always been in my thoughts and prayers. I was always proud to talk about my cousin Vick the Boxer. May You Rest In Peace In Jesusâ€™s Loving Arms. Love yâ€™ou.

I have so many wonderful memories of vic and watching his fights..Just found out about his passing tonite. rip vic