She was born June 8, 1950 and was raised in San Antonio where she received a Catholic education. Charles Walsh, the love of her life, was stationed in San Antonio from his hometown in Boston when they met and he took her to her senior prom at Incarnate Word High School (c/o 1968). He was deployed to Vietnam during the newlywed stage and continued their marriage for 51 years raising three daughters together.

She received her associates degree from San Antonio College and worked as a secretary at the U.T. Health Science Center Dental School for half of her career. She made a bold decision to change her path and went to school at night to become a massage therapist. She spent the second half of her career healing others from their pain. She spent most of her life living in San Antonio, with a brief stint Boston, until the couple relocated to Perry, Georgia where they have lived for more than 20 years.

Victoria had a zest for life, had an independent soul and was always up for an adventure.  She loved to dance and joined the Carnaval de San Anto Urban-15 dance troupe when she was in her 40’s dancing in parades and special events.  She traveled the world embracing cultures from other countries. She’s been whitewater rafting, camping in the mountains and loved being in the ocean waves.  She had a great sense of humor and an infectious laugh (doing so often at her husband’s jokes). In her later years, she enjoyed spending time outdoors, adopting foster plants and taking daily walks with her dog Bella. She was strong in her faith and was a dedicated member of the Calvary Way Community Church.

Above all else, Victoria loved her family and grandchildren.  And she loved living life, which she started fighting harder for when she was diagnosed with breast cancer in 2013 defeating it just a year later. She began her battle again in 2017 when it spread to her bones and ultimately to other parts of her body in 2020 when she was hospitalized for treatment at MD Anderson. She was a week away from her release home when she contracted COVID-19. After fighting hard for two weeks, she succumbed to the virus.

She passed away peacefully with her daughters and husband surrounding her with love via FaceTime on an iPad. They took shifts being with her virtually around the clock in her final days and she heard their voices until her heart stopped beating.

Victoria is survived by her husband of 51 years, Charles Walsh; and daughter Kimberly Walsh; daughter Jennifer Walsh and son-in-law Paul Bergen and their children, Lainey, Natalie, Richard, Ryan, Royce and Annalise; daughter Jessica Walsh and son-in-law Clay Schlinke and their children Tyler, Tristan and Meadow. She is also survived by her mother Stella Munoz along with her brothers, sister and numerous nieces and nephews.  She was preceded in death by her father Henry Munoz.

At her request, no immediate services will be held to avoid a large gathering and protect those she loves from coronavirus.  Cremation arrangements will be handled through Broussard’s Crematorium, under the direction of Broussard’s, 2000 McFaddin Avenue, Beaumont, a celebration of her life will be held at a later date.

In lieu of flowers, the family asks that donations be made to a memorial fund in her name to purchase tablets for hospitals so families can connect virtually with their loved ones. As a follower of Christ, this final act of service honors her faith and care to others.  Contributions can be made to a savings account setup for this purpose at Bank of America, c/o Jennifer Walsh; routing 111000025, account 488094528482. Donations are welcome through electronic transfer or at one of their branch locations (they cannot accept cash).  Donations also are accepted on the GoFundMe account at www.bit.ly/VictoriaWalsh.

The family wishes to thank the Julie Rogers Gift of Life program for their support especially the months after her initial diagnosis and the staff at MD Anderson for their compassion and care throughout her battle with cancer and ultimately in her final days. 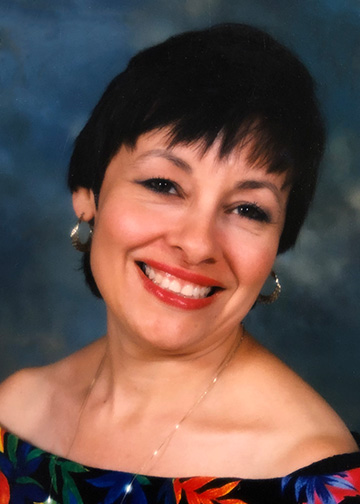 Wonderful mr.ories at IWHS. I remember working with you at Hemisfair 68. Will miss you my dear friend until we meet again.

Weâ€™ve shared a lot of memories over the last 33 years and I will miss you dearly. ? Itâ€™s those memories that will comfort me until we meet again. My heartfelt condolences to Vickyâ€™s family. â¤ï¸

Vicky and I were together for 8 years in grade school at St. Peterâ€™s in San Antonio. We reconnected when I found her on Facebook while planning our grade school reunion to coordinate with my 50 year high school reunion. Vicky was not able to attend the reunion since she lived out of town. I enjoyed exchanging messages and getting to know her again. I know Vicky must be in heaven, I am very sorry her family has lost her on earth. Please accept my prayers and condolenses.

Thank you for sharing your family's story. So few share the details of how COVID-19 affects families so differently than most illnesses. I believe it is an important perspective for us to hear.