Ginny grew up in Burlington, New Jersey and graduated from Burlington High School in 1963. She earned a BA from Rutgers University in 1967. She spent her entire career as a public servant at the state, city & county levels throughout her working years. This included time with Communities in Schools helping ensure students received the education they needed.

Ginny was a voracious reader, who loved to learn. She was also an avid bridge and domino player and enjoyed gardening. Ginny was a true football fan who always rooted for her beloved Texas Longhorns and Dallas Cowboys. She was a faithful parishioner of St. Mark’s Episcopal Church and a member of the Daughters of The King

In 1995 Ginny married her soulmate, Harold Core. Together they loved to travel, but more than anything, they loved to dance. Harold built their country dream house where they lived happily for many years before they returned to Beaumont. Now they’re together at the honky tonk in heaven dancing the night away forever!

She was preceded in death by her parents; husband, Harold “Tudlum” Core; and granddaughter, Jennifer Peurifoy.

In lieu of flowers, memorial contributions may be made to St. Mark’s Episcopal Church Food Pantry, 680 Calder Avenue, Beaumont, Texas 77701. 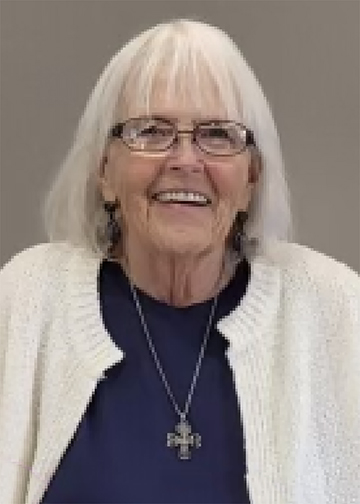 Dear Donnie and family,
I am so sorry to hear of your loss. You all will be in my thoughts and prayers.

Dear Bobby, Terri and family,
So sorry to hear of the passing of your stepmom. Praying God comforts you all at this time and through the holidays.