Walt was born and raised in the beautiful mountains of Tennessee. He was the oldest of ten children. The family moved around a lot in his youth as his father searched for work to provide for his family. Walt’s strong sense of responsibility to family was learned at an early age. He enjoyed reminiscing and telling stories of those hard times. He would tell of modest homes without running water or electricity, babies being born at home, and riding the train to see his dad serving in World War II. Some of his fond memories include riding The Incline, drinking fresh mountain spring water, and sitting on his grandma’s lap eating oatmeal.

In 1959, Walt joined the Army and would send most of his pay home to help his family. He was stationed in Bamberg, Germany serving in the Cold War. After his enlistment period ended, he moved to Indiana where his father was an iron worker.   Walt was offered a job in the painting industry. This began his lifelong career and provided an avenue to help others. Three generations later in expanding to many families, Walt introduced and trained them in their careers. Having worked in many parts of the country, he relocated to Southeast Texas in the early 1980’s. Once he was established in the area, he became an estimator for John B. Conomos, Inc.

In 1983, he married the love of his life, Pam whom he fondly called “Hunny Bunny” and always referred to as, “My Bride”. Together they raised their blended family of seven children.

Walt was a man of many talents and abilities. As stated by the grand kids, “Pawpaw could do anything.” He built things for his grandkids which included a baby cradle, a vanity, and a playhouse. Other family members proudly display his handmade swings, bookcases, tables and even a beautiful cedar chest.

In summary, Walt had a great love for family, especially his grandkids. Everyone knew that he was always just a phone call away and would always do anything for them. He will be greatly missed.

He is preceded in death by his parents; a grandchild and great-grandchild; and siblings, Barbara Young; Buddy Housley; Wanda Burlew; Charles Larry Housley; and Mary Housley.

Memorial contributions may be made to The National WWII Museum, 945 Magazine Street, New Orleans, Louisiana 70130. 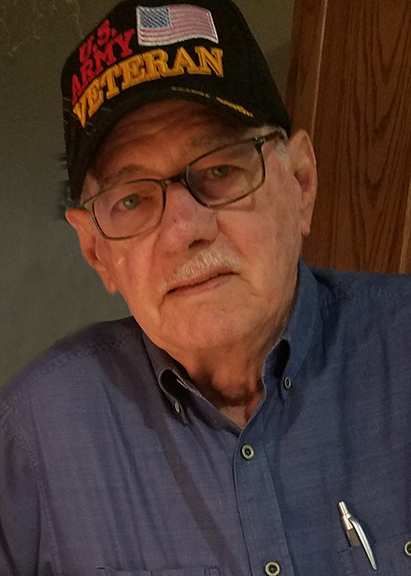 He was always there when you needed him. When one of my machines at work needed something he was there to see if he could fix problem.

So sorry Pam and family for the loss of Walt. Sorry I cant make it to the funeral but you are all in my thoughts and prayers! I will always be thankful Pam that Walt had me and your two other sisters flown to Texas for a visit almost 3 yrs ago. Thank you Walt for your generosity!

My heart is broken to know we will not hear that amazing voice. We didn’t visit often but you were always in out thoughts., and we had lots of god times way back .Our sympathy and prayers go out to all the family. We love u Walt. RIP. ❤️ Eugene & Diana Kelley

Pam, we are so sorry for your loss. I didn't know Walt but can tell by the obituary that he was a great guy; I know Laura loved him . You all will be in our prayers.

My thoughts are with Pam and the Family. I always referred to Walt as the CEO of our neighborhood. I was grateful to get to share stories with him this past year., where we got to catchup on our lives over the years. May he rest in peace.