Rodney graduated from Port Neches-Groves High School in 1960. He began his professional career at Texaco where he worked until his retirement in 2000. He met his wife, Phyllis Ann Stenmark, at the Kingdom Hall of Jehovah’s Witnesses and they were married May 28, 1964. Rodney and Phyllis welcomed their children, Mark Todd in March 1966, Nathan Troy in February 1972, and Jahsalyn Tara in April 1978.

Rodney was a loving husband and father and was known to NEVER meet a stranger. He was an early morning riser who woke up singing and had to have his coffee. He enjoyed tinkering outside and buying and trading on swap shop. Rodney also loved playing with his grandkids and talking with family and friends.

He was preceded in death by his mother, Laverne Taylor Welch, in August 2012 and his father, Walter Rodney Welch, Sr., in August 2018.

He was a very special man who will be greatly missed by his family and many friends that loved him. We have unwavering faith in the resurrection hope and look forward to seeing him again in the near future. (Job 14:13-15)

A memorial service will be held on Saturday, October 22, 2022, at 2:00 p.m., at the Kingdom Hall of Jehovah’s Witnesses, 2615 Memorial Boulevard, Port Arthur, Texas 77640. Zoom viewing arrangements will also be available. Cremation arrangements will be handled through Broussard’s Crematorium, Beaumont, under the direction of Broussard’s, 505 North 12th Street, Nederland. 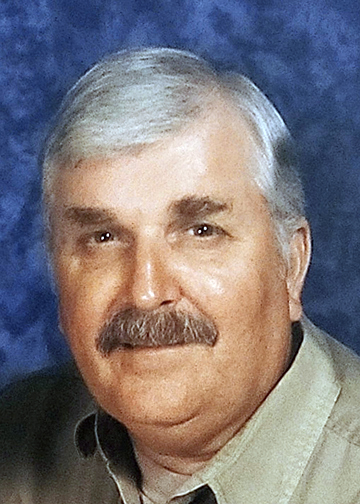 We’re sending all our love, prayers and comforting thoughts to you at this time.

As shown by all the comments Rodney was known to be a happy, fun loving, kind, and tender hearted man who never met a stranger nor hesitated to help anyone in need. Everyone loved him. He especially loved his grandkids and spent lots of time caring for them and making them happy. He will be missed greatly. Look forward to seeing him in paradise soon where he can live happily forever with his family.

So sorry about the death of our dear friend Rodney. I pray that Jehovah will Strengthen and Comfort the family and friends.
Love,
Ruby

I have such fond memories of Rodney. As a little girl, I’d ride my bike over to the Welches home to play with the boy, and Rodney always had something funny to say to me. He always had a smile… usually a laugh. Even after I moved away, on the far-too-rare occasion that I was in touch with him, he made me feel like family.

I’m so very sorry that this man has passed… and my heart is with all of the family. Thank goodness we know that Rodney is precious to Jehovah, and Jehovah will reunite him with his loved ones in due time.

All my love,
tangy

Sending our sincerest condolences to you and your family. Wishing you peace and comfort, my heart goes out to you during this difficult time.

Praying for Jehovah’s comfort and strength for you and your family, Todd. We look forward to seeing you with your dad again in paradise soon, our brother.

Todd, Troy and family, we are so sorry for your loss. Please know we care and are here for you. Rev. 21:3,4 guarantees that soon “death” will be no more and neither will the “pain” you experience.

Gwen and I are so sad to hear of your loss. We will always remember Rodney’s sense of humor and kind heart. Our prayers are offered for you, Phyllis and your family.
Love Always

We were married to sisters,lived about 50 yards apart,for 30 years,in those 30 years we never had a cross word or disagreement ,and he was always there when I needed him,I am going to miss him a lot. Jay Jennings

So sorry for the loss of such a good man. I only know his son Troy, but based on that I know he was a great man and father!

So sorry for your loss. In our Thoughts and Prayers.