Adam Warren Henry, Jr., 76, of Houston, passed away on Tuesday, January 14, 2020. He was born November 15, 1943, in Port Arthur, to Doris Rogers Henry and Adam Warren Henry, Sr. Adam, better known as “Warren,” by his friends, was a United States Marine Veteran.

After graduating from Thomas Jefferson High School, he served his country in the United States Marine Corp during the Vietnam era. After Warren was discharged, he worked at Dupont Sabine River Works, Orange, as a rigger and safety planner. He retired in 2002. He married Danny Marie Kirwin in 1988. After their retirements they moved to Houston.

Warren loved to cook, hunt, fish, dance, and entertain his friends. He also enjoyed spending time with his family. Most of all, he was devoted to being a servant to God.

He is preceded in death by his parents, Doris and Adam Henry, Sr.

Memorial contributions may be made to Christ the Redeemer Catholic Church, 11507 Huffmeister Road, Houston, TX 77065. 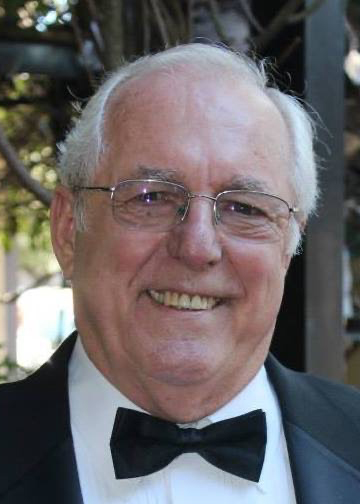 R.I.P. Old friend, TJ 1962 Classmate, and fellow Marine that we served in the same Marine Unit together.

Dear Friends, we are so sorry to hear of your loss. Our prayers and thoughts are with you all. We remember fondly the beautiful memories we shared with you. Love you. Scott & Gloria Watjus ❤️

So sad to hear the news. He was a friend and special man. Your family is in our prayers.

Dear Danny and family, I am so sorry for the loss of your beloved husband/father/brother/grandfather. Warren was such a sweet and kind man with a gentle soul. He always had a smile on his face. He will be missed greatly by all who know and love him. My deepest condolences to your family. Love you, Danny!

I'm so sorry to learn of Warren's passing. He was always so friendly at the Christmas parties at Aunt Alpha's. My mother and dad enjoyed visiting with them at The Pompano Club. Danny, you will be in my prayers as well as Gretchen and your family. I hope that all of the wonderful memories you have of you and Warren will comfort you. God bless you all.

My heart, thoughts and prayers are with you, Danny, Gretchen and his entire family. I’m so sorry for your loss. He was very special and will be missed.. However we know he’s resting in the arms of Our Lord and smiling with His Mother and the angels .

Sorry for your loss. Prayers for your family for this sad and hard time.