Wesley was the definition of a man’s man. He was a devoted husband, a loving father, a caring brother and son. He was one of the greatest friends that many could have ever imagined having. He was born and raised in Beaumont, Texas, where he grew up racing dirt bikes, playing baseball, hunting, fishing, and water skiing. In Beaumont, he was a graduate of French High School in 1975. He was an avid baseball player, playing for Panola Junior College. After college, he was a member of Pipe Fitter local 195. Afterwards he went on to work at Total refineries where he also touched many lives. He and his wife, Terri, were married for 41 years, and had three sons, Dustin, Justin, and Austin. His family was the thing he was most proud of in life. Many people say he was the best fisherman they had ever known and could catch a fish in a toilet bowl. Growing up he helped his mom in every way he possibly could, always being there for his brothers and friends. Wes was one of the strongest men this world may ever see and proved that every second until cancer took his last breath away. We don’t focus on the final days, but on the many years before where he made his impact on this earth and touched the hundreds, if not thousands, of lives. As one person recently told our family, “If the world was made up of more of your dad, this world would be a much better place.”

He was preceded in death by his father, Raymond Lamar Huff.

Memorial contributions for Mr. Huff may be made to Man Up Men’s Alliance – Beast Feast, PO Box 599, Hamshire, Texas 77622. 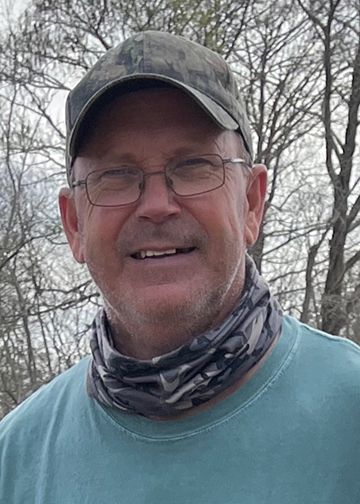 Our Lady of Sorrows Catholic Church

Yesterday, August 10 ?
Heard about Wes’s passing, and am unable to express my feelings,
Terri, God bless, Wes, such an amazing guy, there’s no words, except.
I’m honored to meet someone of his stature, you guys raised three of the best young men ever.
Dustin Huff
Justin Huff
Austin Huff,
God bless, God has blessed you three with the best earthly father ever,
Never forget your heavenly Father,
He will be with you always,
Love you guys ,Terri, Dustin, Justin, Austin, with all my heart.

It was with such sorrow when I learned that Wes had lost his battle to cancer. When I think of the times when we were blessed with his presence I can just recall a sense of peace or joy in the room. He was humble man with a huge heart. I know he will be missed dearly.

Peace be with you all,
Kimmy Penson

What a wonderful tribute to Wes and his love of his family! He could always make us laugh with his stories and one liners. He will be missed! We will keep all of you in our thoughts and prayers. ~hugs~.. Bobby & Stephine

Dear Terri and family,
Wes was definitely one of a kind that will be missed by many. Always had a smile, a kind word, a hug or handshake. Treasurer the memories. Praying for you and the family in the days ahead. Love to all.

So sorry for the Huff family. Had the pleasure of working with Wesley years ago. He was so fun to work with. I know he will truly be missed.

Mrs. Huff, Justin, Dustin, Austin, and the entire Huff family, our love, prayers, and thoughts are with you daily. Mr. Huff was a beautiful representation of a Godly Loving Man. I am honored to have known and loved him. One day at a time. ❤️

The neighborhood will never be the same. Loved to stop and talk to Wes when he was outside. My prayers go out to the whole family. Umpiring the boys during their HS years at West Brook was always a joy.

I am sorry to hear of his passing. I really enjoyed our baseball dad days back when our boys were in school. Terri and family you are in my prayers.

Terri , Dustin ,Justin and Austin,
Like so many others I am saddened to hear of the passing of Wes. Although I didn’t see Wes on a regular basis when we did run into each other, it was like “old times”. I always respected Wes and as an under classman at FHS I was thrilled to have gotten his baseball uniform/number when uniforms were handed down! I know Wes impacted a lot of people with his genuine kindness, like he impacted me and I will miss that grin. I do pray that you will find comfort in each other and the Lord Jesus Christ, God Bless.

I’ve always said that Wes is my best friend, but realized many years ago that Wes was everyone’s best friend. He was that guy we could all count on in good times and in bad. I never heard him say a bad word about anyone, and never heard anyone say a bad word about him. It was an honor to be one of Wes’ best friends, and I will always treasure that.
Melissa and I offer our love and prayers to Terri, Dustin, Justin, Austin and entire Huff family.

Sorry for your loss. Wes was a super guy and loved by all who knew him.

I am so sorry for your loss. May you have peace and comfort in all your memories.

A sad day here on Earth but in Heaven there is rejoicing for the Lord has a fishing buddy, hunting companion, awesome baseball player, and one of the most sincere and genuine friends anyone could ask for. We will continue to pray for your family.
Go Rest High Upon That Mountain

I could not have asked for a finer gentleman to have had as an associate and friend.
We work all of our lives to be able to finally retire and relax, knowing that getting up in the wee hours of the morning is our choice and not the demands of work. We can only trust that Wes was called early for a heavenly project of great importance. May God bless Wes and take care of him.

My deepest sympathies to you Terri and your beautiful family. Wes was like a brother to me in school and I cherished his friendship. He was beloved and a true friend to everyone. You are in my thoughts and prayers during this difficult time. Rest in peace my friend, fly high.

Remembering Wes very well as a good man to work with. I worked on the Total project for Fluor several years ago and had the privilege to work with Wes and many others on a daily basis and each day was a joyful day. May God be with his great family and friends.

Hard to put into words what a true friend Wes has been for 35 plus years. All the hours we worked together while wishing we were fishing or hunting will never be forgotten. Lots of great times and memories that will last forever. A true friend that will be forever missed but never forgotten. Terri, Dustin, Justin, and Austin so sorry for your loss. Thoughts and prayers will be with you all in the coming days.

So sorry for loss. Sending prayers to you and your family! From Ronnie and Sheila Darby

Wes, you will be so missed, very respected man, wonderful son,husband, father and grandfather, knowing you for over 50 years, your left your mark on my life and so many others. Our prayers to Terry the boys and extended family, you will be missed . Frank ( Wendy ) and Pam Nance

Lynn and I are so sorry to hear about the passing of Wes. We have so many memories of him at Westbrook during baseball season. Our thoughts are prayers are with you and your family during this difficult time.

Here’s to you Wesley Lamar Huff. A great man, husband, father, Paw Paw, Uncle, friend and Dad to so many others. You were truly a gem, one of the best. You will be so missed by so many. But we know when we look at the brightest star in the sky that that is you looking down watching over all.

What a wonderful man, respected Wes so much, he will be missed, we are praying for his family, Frank ( Wendy ) snd Pam Nance.

Terri, my love and prayers are with you and your entire beautiful family! Wes was a wonderful husband, father, and grandfather and a great example for all! May God comfort all of you in this difficult time ♥️♥️🙏🏼🙏🏼✝️✝️

We are so sorry for your loss! He will be missed by all, prayers for the family.

Charlotte and Terri, You are in my thoughts and prayers. I cannot change your sadness, but I hope your spirit will be lifted knowing
so many remember Wes and care for you. Faye Nelson

my deepest sympathy to the Huff Family. Terri you are in my thoughts and prayers.

We are all heartbroken. I’ve never heard anyone say a bad word about Wes. Loved by all. Prayers and much love.

Terri, you and your family are in my every thought and prayer.

Terri , Dustin ,Justin and Austin, Words can’t express the sorrow we feel for you. We love you all so much. Wes was one of kind! He made everyone feel like they were his favorite person. He was , and will always be one of my favorite people of all time. We’ve lost a dear friend , and will always have a great void. Our memories of Wes will live on forever. We love you sweet friend, it is time for your well deserved Heavenly reward!

Terri and boys, I know you will miss Wes dearly. Look at the wonderful legacy he left behind. He loved his family fiercely. Continue to make him proud by living your best lives and loving just as he did.
Jan Dillard