He retired at the age of 54 from Exxon where he was a Maintenance Foreman. He and Lillian traveled the world. He would say, he was blessed to have been retired longer than he worked. They truly lived life to its fullest!

They loved to dance and were members of the Cajun French Music Association (CFMA).  They made many friends through their love of dancing. They would go to Larry’s French Market in Groves every weekend and dance for hours. They started it for exercise but fell in love with it!

He and his beloved Lillian never had any children, but God blessed them with many “bonus children,” Willie was a member of St. John for most of his life and was honored to serve his Lord. He and Lillian through their love of Christ started an outreach program at St. John, which they named “Twice Fed” where Lillian fed the people spiritually by showing a Christian video, and Willie cooked and fed sometimes close to fifty people. They continued this outreach that they both loved dearly for more than seventeen years until Lillian’s illness. He was honored that some of his “bonus children” stepped up to continue this outreach. Willie & Lillian were faithful to their church, and both served in many capacities. He cooked many meals, including his famous “Willie’s Chili,” and smoked many briskets for Confirmation meals and other occasions. Willie was an Elder at St. John for many years. He was proud to say that he physically helped build the church on Major Drive. He even hung from the rafters while working on it.

He was an avid woodworker and made many items in our church. He was also a wood carver. He took much pride in carving Christian Christmas ornaments and necklaces that he shared proudly. People would ask him if they could purchase items from him and he would say “No,” but I will make you one because this is my Christian outreach. This is from my heart to you! Though he carved many sets of ornaments and necklaces and was always coming up with new ones, he never bought wood, because this was an outreach that he shared with someone special that supplied the wood. He also purchased “John 3:16” pocket coins and handed them out everywhere he went. He loved to make people smile with the John 3:16 coins and his hand-carved necklaces. The hugs, and sometimes tears really warmed his heart and in return, made him smile!

He loved taking care of his beloved Lillian. When she became ill, he took care of her by himself for over eight years. He never asked for help or would speak of her illness. He didn’t want to embarrass her or take her pride from her. He and Lillian doted over each other until her death almost five years ago. Willie missed her deeply and is now reunited with her in the presence of their Savior.

Willie is preceded in death by the love of his life of sixty years, Lillian Mueller; parents, Fred and Frieda Mueller; brother, David Mueller; and sister, Louise Allen.

A gathering of Mr. Mueller’s family and friends will begin at 10:00 a.m., with his funeral service at 11:00 a.m., Thursday, November 3, 2022, at St. John Lutheran Church, 2955 South Major Drive. His interment will follow at Green Lawn Memorial Park, Groves, under the direction of Broussard’s, 1605 North Major Drive, Beaumont.

In lieu of flowers, memorial contributions can be made to St. John Lutheran Church, 2955 South Major Drive, Beaumont, Texas 77707. 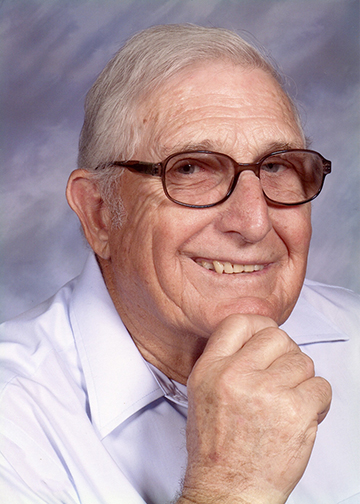 Sweet Willie will be missed but never forgotten.
Cynthia and Richard McDonald will make a donation to his designated church that he so loved.

I was privileged to know Mr. Mueller for years. He always brought wooden stars for my office staff every Christmas and gave me John 3:16 coins to hand out.

I know Willie and Lillian are united in the presence of our Lord and Savior Jesus Christ.

He will be missed.

So sorry for the loss. I know Uncle Willie will be missed by everyone he met. To Larry, Sharon, Sheila and Janet and their families I know you love and miss Uncle Willie. Love all of you and Diron and I pray for the family.

I feel so blessed to have known Willie and his wife. My first day to visit St. John’s they made me feel at home, inviting me to sit with them. Most of us will think of him ever time we see or put on our wood carved crosses. We know Willie is in good hands now! God bless! ✝️

Willie was such a great person, that will be totally missed. Lillian and Willie were the perfect couple.
Memories are to be cherished.
Bill and Mary Fears

So sorry for your loss. Willie will be missed by everyone at Sassy Scissors, he was a loyal customer and friend for 30+ years. He would pass out pocket prayers and wood carvings to everyone he met. Love you Willie! Prayers to everyone!

There was never a more perfect example of what GOD wanted a human relationship to be than the love and devotion between Willie and Lillian! I only wish my marriage could exhibit half that love/ courage throughout the years!

Willie will be missed. He was loved and admired by everybody. I remember ” Willie,s Chili” and Twice Fed. Prayers for the family.