Born August 11, 1931 to Eunice Lee Jones (Monnie) and Julian Ray Barksdale in Brandon, Miss. at the nearest hospital to his home town of Sand Hill, Miss. Bill attended Pisgah High School in Sand Hill and was active in basketball and baseball. Following high school, he attended Hines Jr. College until 1951 when he joined the U.S. Airforce. Bill served 4 years in various places, most notably North Africa. After serving in the Airforce, he attended Mississippi State University and graduated with a degree in Electrical Engineering. Upon graduating from Mississippi State, Bill was employed by Gulf States Utilities where he worked his entire 37 year career. While at Gulf States, he enjoyed a very successful career working in numerous divisions across the GSU system and ultimately retired as the Vice President of Technical Services in 1994. During one of Bill’s tours in the Port Arthur division, he met the love of his life and married Gwen Armstrong in 1961. They had two sons, Brad and Ron whom they cherished.

Outside of family, Bill’s major pastime was his passion for golf. Bill had taught himself how to play golf while working at GSU and at one point became a scratch golfer. After retiring in 1994, Bill and Gwen relocated to Pinewood in Sour Lake, TX where they built their dream house on the third fairway. During his retirement in Pinewood, Bill played golf daily with his many Pinewood friends and former Gulf Staters. Each afternoon, when the course wasn’t busy, he could be found on the course practicing golf shots or scavenging for lost golf balls. Bill donated thousands of golf balls he collected to various local schools for their golf team practice sessions. If not on the golf course, Bill could be found taking his grandchildren for rides on his golf cart around Pinewood to enjoy the scenery or the horses stabled just down the street.

Bill is preceded in death by his parents and his brother Julian Ray Barksdale, Jr.

In lieu of flowers, donations can be made to the First Baptist Church of Beaumont Building Fund or a charity of your choice.

A gathering of Mr. Barksdale’s family and friends will begin at 1:00 p.m., with his funeral service to follow at 2:00 p.m., Saturday, April 24, 2021, at Broussard’s, 1605 North Major Drive, Beaumont, with his interment to follow at Haven of Rest Cemetery, Beaumont. 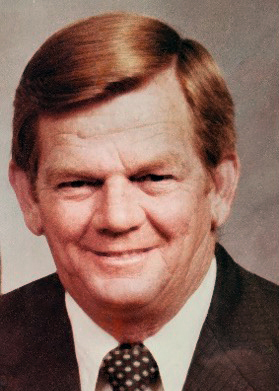 So very sorry for this great loss. Your family will be in our prayers.

Brad - My condolence to you and your family during this difficult times. Regards, Daniel

We are so sorry to hear of Bill's death. May he rest in peace.

Brad, Our condolences to you and your family. You are in our prayers and thoughts. Murphy's

Ron, so very sorry for your loss. I will keep you, Tracy and the boys in my prayers.

Ron, You and your family are in our thoughts and prayers. -The Patins

My condolence to the family. May God bless and watch over you all.