The family moved to Fort Myers, Florida, at a young age. Growing up in Florida, Bill enjoyed going to the beach, playing football, camping and fishing. Bill graduated from Cape Coral High School in 1988 and was a member of their varsity Swimming and Diving team.

After graduating high school, Bill enlisted in the United States Army. He completed basic training at Fort Benning and was assigned to the 2D Battalion, 14th Infantry, 10th Mountain Division at Fort Drum. During his time in the Army he was stationed in Panama, Egypt and other Forts in the United States. He received an Honorable Discharge in 1991.

Upon completing his time in the Army, Bill returned to Florida and eventually to Texas, where he worked for several golf courses. He loved being outdoors either working or playing, a love he learned from his father. He was an avid reader and truly enjoyed Louis L’Amour novels, a passion which he received from his mother.

Bill was proceeded in death by his mother, Kathyrn Carlsen Morse. He is survived by his father, Louis J Cappi, Jr. of Beaumont, Texas; brother, Louis J Cappi III and his wife, Michele, of Kingwood, Texas; and numerous aunts, uncles and cousins.

A memorial service will be planned soon for Bill. 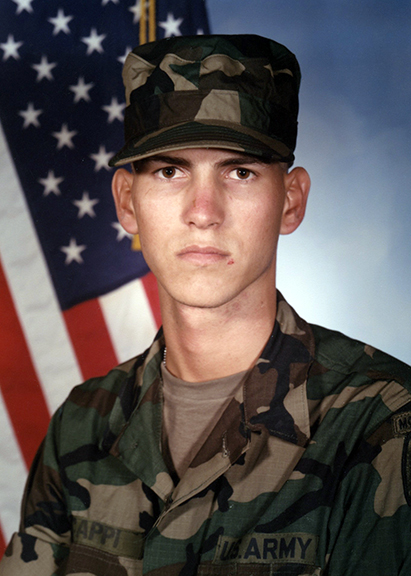 Lou, I am so sorry for your loss. Prayers of comfort.

My cousin, Billy, was an awesome guy and would do anything for anybody. I remember him fondly for his wit, smarts, and genuine love for his family. My last time with him was picking him up at the airport, where he greeted me wearing a huge black cowboy hat and a smile that dwarfed the hat. RIP Bill, you will be missed!