He is preceded in death by his parents and his sister, Carolyn Browning Wiesner.

Bill served in the United States Army from 1963-1967 as a helicopter pilot and a CW2. He married his childhood sweetheart, Jerry, on July 10, 1964. Bill graduated with a business degree from Texas State University and retired from Bristol Myers Squibb as a pharmaceutical sales representative.

Bill was proud to be a Texan and enjoyed duck hunting, deer hunting, bird watching, and training his hunting dogs. He also enjoyed hiking and spending time with family and friends. Bill was a long-time member of Trinity United Methodist Church in Beaumont.

A gathering of Mr. Browning’s family and friends will begin at 1:00 p.m., with his memorial service to follow at 2:00 p.m.,  Saturday, May 22, 2021, at Broussard’s, 1605 North Major Drive, Beaumont. Cremation arrangements were handled at Broussard’s Crematorium.

Memorial contributions may be made to Huntington’s Disease Society of America, 505 Eighth Avenue, Suite 902, New York, New York 10018 or to hdsa.org.

The family would like to give a special thank you to everyone at Provident Memory Care Group in Livingston, Kindred Hospice, and Trinity United Methodist Church. 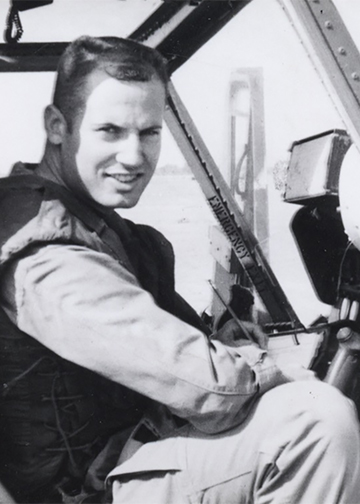 Bill was a Christian, patriot, gentleman and loving family man. He and Jerry were a fun couple and a great example of a loving marriage.

I am so sorry to hear of Bills passing. Y'all are in my prayers.

Sorry to hear of Wild Bill passing! He was a great man we Loved so much!! Have many great memories of our Amway days! He taught us so much! Loved his laugh and big smile! Prayers for you and Kathy and the family❤️❤️

Mr. “Brownie” as he was known by my grandchildren who were as welcome in the fun, loving hospitable home of Bill & Jerry as their own grandchildren. These kids of whom I speak are adult, one a Green Beret Soldier and one pursuing a doctorate in psy hologt.. The environment of the “Brownie” Browning home, I am sure is a contributor tin their formative years. To them as the grandmother, I am indebted. That is just one of many examples of the man of Bill Browning. Lord we thank you for the life of this man that was lived in honor to his vow to you as a Christian and his fidelity to his own to his lovely wife Jerry and his faithfulness to all of his family, but especially Kathy, Chad, Joshua & Kayla. We are a better person, family and community for having known Bill “Brownie” Browning. You are at peace and for that our grief is assuaged. The Holly family

My prayers are with the. Browning family

Bill and Jerry have always been such wonderful neighbors since we moved to Countrywood years ago. Loved living next door to them and helping out like family. We were blessed and were sad to hear of his passing. Jerry, we are here if you need anything.