William Edward “Bill” Neild passed away peacefully at home on August 24, 2022.  Born on October 5, 1936, in Beaumont, Texas, to Ida Frances Neild and Hugh Bertram Neild, Bill received his grade school education in the Beaumont public schools, graduating from Beaumont High School in 1955.  He attended the University of Texas, where he became a member of Phi Gamma Delta Fraternity.  After two years at the University of Texas, he joined the selective service and was drafted in the United States Army.  Bill was stationed for active duty at Fort Smith, Arkansas and Fort Hood, Texas where he served as a squad leader in the training camp.  He served 5 ½ years in the U.S. Army Reserves in the Engineer and Heavy Boat units.

Following the military, Bill Neild entered the family-owned construction business in 1959, where he was an active member of the company’s management team with his father, H. B. Neild, and his brother, John A. Neild Sr.  What started as a family business became an enduring legacy of excellence in large-scale commercial and industrial construction.  Their reputation for high quality, honesty, and well-built buildings made their family business a leader in the industry.

In November of 1985, Bill formed his own company, Neild Construction and Development Corporation.  In 2022, Bill retired from active contracting and formed William E. Neild LLC.  He shared his expertise consulting on various projects in the community and was highly regarded by all those involved in the process.  Including developers, architects, bankers, contractors, etc.  A man of integrity, he set high expectations and held everyone accountable honoring their word and commitment up until the last week of his life.

Bill Neild was an extraordinary community leader and had a true servant’s heart. He lived by the family creed passed down from his great-grandmother to his father when he arrived in America from England in 1923: “Just what you are be that, just what you say be true, straight forward act, be honest in fact, be nobody else but you.”

In addition to his many community and civic accomplishments, Bill loved spending as much time as possible at the family’s beach house, fishing and spending time with family and friends. In his early years, he loved sailing, skiing, cycling and had fond memories of playing handball with his cherished friends, Jerry Nathan, Benny Hughes, and Lip Norvell, three days a week at the downtown Y.M.C.A. Later in his life, he loved sharing his stories of the two memorable vacations to Lake Como, Italy with dear friends.

Friends and business associates considered “Pop” to be honorable and dependable, living his life with integrity. His faith and family were the highest priorities in his life. He took every opportunity to share an encouraging word, write a personal note, or make a phone call to check in with family members.

He is preceded in death by his parents, Ida Frances and Hugh Bertram Neild; brother, John A. Neild Sr.; and spouses, Patricia Cantella Neild and Nancy Brooks Neild. 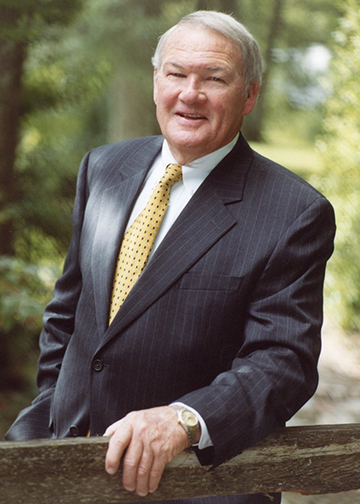 Thoughts and prayers with the family.

Really nice individual that will be missed by all that had the opportunity to call him a friend.

Bill was a great guy to work with on many construction projects. He was an even better person and former neighbor. You will be missed Bill. Our condolences to his family. RIP Bill.

Our whole team send the deepest condolences to you Mrs. Kay and your family.
Mr. Neild was part of our team and family. Our harts and prayers going out to you. He always will be remembered. We miss him already.
The Mohs team at Bellaire Dermatology.

Kayla and Angelica,
My Dad truly appreciated you all and your Team! He looked forward to seeing you every other week. Thank you for helping him and caring for him for these last several years. We miss him so much and he is now pain free. Thank you all for your KInd note.
Franne Neild Stewart

Bill was a great man, great leader, good friend! May His Soul Rest in Peace.

Our love & prayers for the Neild family. Bill will be dearly missed.
Sharon & Johnny Passmore

The BHS Class of 1955 extends love to Bill’s Family and at the same time JOY because we were so fortunate to have had Bill as our friend and classmate. Ever Loyal!!!!

Worked for Bill about 15 years. Honest up front man. Gave me my first opportunity to be a superintendent and taught me a lot of things to carry on and make a living. I always respected this man. Prayers for his family . Will meet up again one day.

Bill always gave me such good advice – on many fronts. Condolences to his family and many friends.

I have known Bill & family for many years, did a lot of work with his company. Bill was a great person, he loved what he did, loved his family. Will be missed. A true man for commitment and integrity. Its sad for the family, but he rejoices in the presence of Jesus.

Bill “Pop” as we knew him was the kind of man that every young man should aspire to become. His presence in a room and hearty laugh are a foundation in the early years of my memory. He will be holding the gates wide open for all of us. May he rest in peace.

As I called him Uncle Bill him and my dad Mack Richardson knew each other quite well he always called dad fix paint problems after I met Uncle Bill he always call me hey Lil Mack can you go fix this problem lol yes sir anything for you Glad he used his Hurrycane I bought him at beginning Burlington job Thank you you was honor to know you, you will be missed learned a lot from you sir God Bless

My deepest sympathy to Mr. Neild’s family and friends. May he rest peacefully…

Bill will truly be missed by myself and my crew. He was a man to always look up to and a great friend.
Bill intrusted me with many projects and I always felt I should have paid him for all his knowledge and guidance. May God bless him and the family. He probably will be overseeing projects in Heaven.
Love you Bill and many thanks for all you did for me.

Worked with Bill on many projects over the years. He was a man of honor and integrity. He leaves a legacy of service to friends and community. There are many projects and buildings he built which stand as monuments to his knowledge, skills, and service to all. A life well lived. Rest In Peace My Friend.
Lee & Gina Acevedo Jr.

I am sorry to hear about Bill’s passing. Bill was a great mentor and teacher. Working for him was an honor and a privilege. Bill’s word and hand shake was a guaranty that he would fulfil his commitment to you and in turn he expected you to honor your commitment to him.
God bless you Bill.

My thoughts and prayers go to the family of a very wonderful man.