William Henry Chambless, 76, of Kountze, took his heavenly flight on Tuesday, September 20, 2022, and is now in the arms of his Lord and Savior, Jesus Christ.  He was born on June 4, 1946, in Kountze, to Necil Simpson Chambless and Alfred Chambless.

Henry graduated Kountze High School in 1964 and then went on to proudly serve his country in the United States Navy during the Vietnam Era.

He was a hard worker and never quit a job until it was done. When the oilfield industry slowed down, Henry went on to work driving a cement mixer truck for Transit Mix.  He was always asked to give the safety meetings.  He never missed work and was ready to go whenever they called.  He really enjoyed his job, and he would later retire from this company.

Henry had a love like no other.  He was always singing and dancing, but his joy of his children and grandchildren was what he lived for.  Henry loved making them laugh and whether it was showing up with a toy in his back pocket or some kind of crazy hat on his head, there was never a dull moment with him around and you never knew what he was going to do or say!  He also loved helping his grands with anything they needed or wanted.  If he knew you needed something, he was going to make it happen.  Henry never liked seeing them go without.  He was known to help not only his family, but even complete strangers, that’s just the way he was.

Henry didn’t attend church much, but he loved Jesus and would often go for special occasions.  As a young man he led music in church and loved all kinds of music from gospel to country.  He even used to tune pianos.  Henry also loved cooking.  He would always fix enough for our family plus any extras that may come along. Ribs, potato salad and banana pudding were his specialties.

Survivors include his daughters, Tami Eddins and her husband, Allen, of Silsbee and Misti Woodson and her husband, Michael, of Lumberton; grandchildren, Kasee Somers; Chase Somers and his wife, Alana; Aaron Chambless; and Tanner Humble and his wife, Mackenzie, all of Silsbee; and Abi Woodson and her fiancé, John Kraemer, of Beaumont; great-grandchildren, Skylar, Shadi, Aryann, Weston, Addy, Corbin, Beaux, Tripp, Boone, and Amelia; siblings, Marian Kellum, JoAnn Champagne, and Paul Chambless, all of Kountze; and numerous nieces and nephews.  He is preceded in death by his parents; infant sister; and siblings, John Chambless and Buddy Chambless.

A gathering of Henry’s family and friends will begin at 1:00 p.m., with his funeral service at 2:00 p.m., Friday, September 23, 2022, at Broussard’s, 490 Cemetery Road, Silsbee.  His interment will follow at Daniels Cemetery, Kountze.

The family would like to thank the employees of Silsbee Oaks for their loving care of Henry. 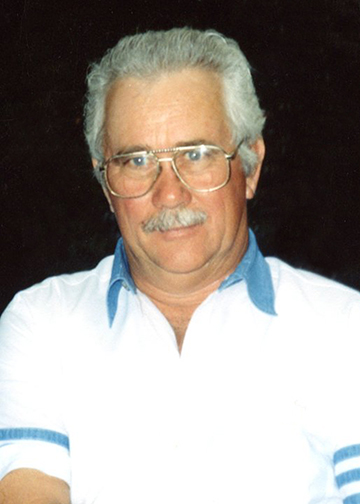 I worked with Henry for over 27 years at Transit Mix. He was always a respectful and gentle man. Rest in peace Henry.

I worked with Henry for 8 years at Transit Mix the first 2 1/2 daily as a mixer driver in Silsbee he was fun to work with!! My prayers to his family and friends at this time. RIP Ol Man.