William Lewis “Bill” Strait, 95, of Beaumont, died Saturday, November 6, 2021. He was born in Columbus, Ohio, on January 27, 1926. He and his family moved to Corpus Christi, Texas, in 1940, where he finished high school in 1943. He attended Texas A&I (now Texas A&M, Kingsville) one year before enlisting in the U.S. Army Air Corps, where he served two years. He attended Texas A&M where he received a B.S. degree in Civil Engineering in 1949.

Upon graduation, he worked for the Texas Highway Department, in Pharr, Texas; a geophysical exploration concern in Louisiana; consulting engineers in Arkadelphia, Arkansas, Dallas, Corpus Christi, Raymondville; and a contractor in Beaumont.

In 1959, he went to work for Texaco Research in Port Arthur, being responsible for the construction of the new facilities there. In 1972, he was transferred to the Refinery where he worked on new construction and writing specifications and contracts. He retired in 1984 but returned on a consulting basis for several more years.

He was a diver on the swim team at Texas A&M and coached the local YMCA Swim Team for fourteen years at the downtown YMCA, YWCA, and the old Olympian Club, and the old West End YMCA.

He was a member of Trinity United Methodist Church, and taught Sunday School continuously for 50 years. He ushered with his son and grandson and headed up a teller team. He served as Administrative Board chairman, and later was recording secretary for nine years. He was active with the Trinity Army, a group of mostly retired men who build two Habitat Houses for Humanity, countless wheelchair ramps, and other needed and repairs and improvements. He and they also worked at Some Other Place, the Wesley Foundation at Lamar University, and regularly at the church and both parsonages.

He loved classical music. He was an avid tennis player along with his wife. He swam regularly at the Wellness Center.

A memorial service for Mr. Strait will be at 10:00 a.m., Saturday, November 13, 2021, at Trinity United Methodist Church, 3430 Harrison Avenue, Beaumont, with a gathering to follow in Vivion Hall.  His cremation arrangements will be handled through Broussard’s Crematorium under the direction of Broussard’s, 1605 North Major Drive, Beaumont. 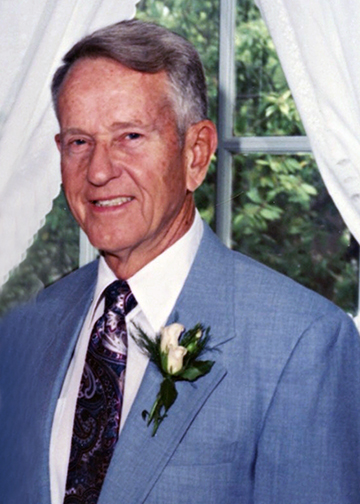 Gathering of Family and Friends Following His Service

BD,
I am saddened to hear of the passing of your Dad. Knowing the man who your Dad was he will hear the words we would all want to hear when we meet our Savior Jesus Christ, “well done my good and faithful servant”. Your Dad loved his Jesus, family and friends and was a fine example of a Christian. I’ll always remember those long hot days playing those baseball games but that didn’t keep your parents away ALWAYS sitting in those bleachers cheering us on! You will be sad in the days to come but know that your parents left a beautiful mark on this earth.

I have such fond memories of watching your Dad play baseball with you B.D. And your parents daily walking the neighborhood! My thoughts are with y’all at this time. I think my Mom is the last one left on our street from the original days.

Beverly, my heart fell when I heard your Dad had passed but as soon as it fell, it rose and soared to tell Jesus thank you for all His love and kept promises. You Dad is free and dancing with his love once again. You will miss him and cry often. That is good to cry. It meant you loved your Dad and will miss him. Praying God’s love embraces you during this time and his angels sing to you constantly. I love you Beverly!!!!!

Bill was one of nicest most polite person around, he and June were always together with their welcoming smile…..
We got to know Bill in a Sunday School class he taught at our church……..
Then I really got to know Bill when we worked with our Church’s Thads Trinity Army mission, planning and building wheelchair ramps for handicapped persons in & around the area….. Bill & I would go look at the job request.. Bill being a pro draftsman, would have me check every measurement from every angle, then we had to double check it over again
as he didn’t want to miss any minute detail, that was Bill Strait……..If the job included cement, his eyes would light up..
We will miss you my good and faithful friend, may you and June rest in Peace in Gods Heavenly House…..
Our Thoughts and Prayers to your Family…..
Ronnie & Mary Moses….

We are so sorry for your loss. Our thoughts and prayers are with you all.

So many wonderful memories of all our years together on the swim team under your dad! Your dad spent countless hours working with all of us & was always so patient and kind while driving us to be our best! Will keep all your family in my prayers. Mary

To the Strait family,
Im sorry to learn of your fathers passing. I wanted to share how he impacted my life with his service to others. I knew him as coach strait. He was my first swim coach at the downtown YMCA. He took the time to teach me the different strokes which then led to a passion for competitive swimming throughout my life. He was instrumental in me later earning a swimming scholarship to Regis University. I am forever grateful for having crossed paths with Coach Strait. He made a big difference in my life! My prayers are with him and you all. God bless!

Bev you know how much I loved your Dad! He was such a special person who accomplished so much! I know it’s hard but he’s up in Heaven laughing and dancing with your Mom. You took such good care of him and your mom in their last years. I know they are proud of you as I am too! Love you.

Thinking of you. Good memories. Sissy

Dear Bev,
I am so sorry to read about your dad passing away . What a great man he was. I know how much mama enjoyed your parents . My heartfelt sympathies for you and your family from me and mine ❤️ Nena

Bev and Jack, so sorry to hear of your dad’s passing. I know you will miss him. Jenni and Vic