Bill worked for Southern Union Gas in Albuquerque, New Mexico and Port Arthur, Texas for thirty-three years. He was city manager of Kountze for two years and manager at Bay City Gas, Bay City, for ten years. After retiring, he started his home inspection company which he led until 2019.

Bill was a member of St. Andrew’s Presbyterian Church, Beaumont and was active in the Lions Club for over twenty years, in which he served as District Governor and president of Texas Lions Camp. He was active in his church and served as an Elder for over fifty years. Bill was an active part of the communities in which he lived. He received many awards throughout his lifetime including Man of the Year by Bay City Texas Chamber in 2005.

Bill had a gift of helping others and will be greatly missed by those that knew and loved him.

He is survived his wife of sixty-three years, Mary Ann Roe; children, Carole Richards and her husband, Larry, of Smithville; Cindy Anglin and her husband, Pete, of Nederland; and Kellie Roe, of Kountze; eight grandchildren; thirteen great-grandchildren; brother, Ricky Shaver, of Los Lunas, New Mexico; and numerous nieces and nephews.

Bill is preceded in death by his parents, Ivy and Edward Roe; and sister, Patricia Hastings. 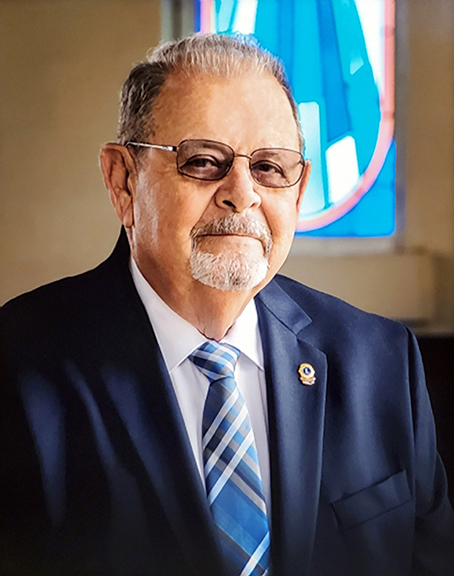 Mr.Roe was such a great Lion and friend. He surely will be missed from this world. Prayers to his family

Lion Bill Roe will truly be missed in the Lion community. He shared his wealth of experience with many of us younger Lions. I will never forget the doors of opportunity he opened for me in Lionism. Prayers for his wife Mary Ann and his family.

Lion Bill was president of the Board at TLC when I was a director and he spoke at one of our Cabinet meetings. I will always remember the golf cart he brought to the camp so he could get around the camp the year he was president of the board. He was always at the Friday night award ceremonies at the camp. May he rest in peace.

Past TLC President Bill was a wonderful friend with a large heart for the children at the Texas Lions Camp. His services that he donated to the camp are invaluable. His presence will be greatly missed. May God bless the family and friends whose lives he touched. RIP PDG Bill.

Bill was an outstanding Lion and really believed in the Texas Lions Camp. He was an outstanding President for the Camp where children had a chance to be with other children and grow in their attitudes. Bill will be missed and our prayers are with the Family.

My memories of Bill are ones of joy, quick wit, funny and a dedicated Lion that loved our Texas Lions Camp.. I had the privilege of serving on the TLC Executive Board with an exceptional leader. I will miss him dearly. Joanna and I send Blessings to Mary and family.

PDG Bill Roe held a special place in the hearts of Boling Lions. If we asked, he came, no matter what. We especially enjoyed his Installation of Officers ceremony. PDG Bill was so proud and excited to be the Texas Lions Camp president. And we cheered him on! Now, our hearts are with Bill's family as we all remember a most outstanding man with a generous servant heart as big as Texas! May you rest in peace.

I have very fond memories of Lion Bill Roe. He inducted me into the Blessing EFLM Lions Club when I moved to Palacios and joined the club. He always had good inspiring words for me. We will miss him a lot.

So sorry for your loss, A great leader has joined the lord in his work

Bill and Mary Ann joined St. Andrews several years ago and wasted no time becoming involved. Bill was a friendly and caring man. He will be missed by all who knew him.

Lion Bill Roe was a wonderful person. He had a big heart for l Lions’s & his family. He was always helping som club get started or helping some one to get it started. He and Mary Ann always was there to help at all fundraisers or supporting it know matter what. He was a very nice man. He Will be missed , but not forgotten. Praying for Mary Ann peace , comfort and blessings of the wonderful memories he left you, families & friends. God bless. ✝️❤️