William W. “Billy” Young was born on January 31, 1924, to Willie M. Young and Hallie Leah Clubb. He was born and raised in Fannett, Texas and resided there until 1976. At that time, he moved to Beaumont for a short while and then on to Indian Springs, Texas after retirement. Billy was diagnosed with Alzheimer’s and resided in a nursing facility during his last years. He departed this earth for his heavenly home on February 6, 2021, due to COVID-19 and just days after celebrating his 97th birthday.

Billy retired in 1984, after forty years of service, as a foreman for the Jefferson County Precinct 4 Road & Bridge Department. During his childhood and early years, he helped at many of the local rice farms and worked cows. In 1941, he met and married Helen Bundick Young, together they raised six children. They divorced in the mid-1970s. He later married Linda VanDevender and raised four boys. They resided in Mid-County for a short time before moving to Indian Springs. He and Linda remained in Indian Springs until her death in 2015.

Billy enjoyed dancing and good music! Most weekends you could find him occupying the dance floor, enjoying the music and a “cold one” now and again. He loved people and never met a stranger. Billy enjoyed visiting! He was the one who kept in touch with his numerous family members and friends. You could always count on him to have either Wrigley’s gum or peppermints in his shirt pocket. Billy loved the outdoors, hunting, fishing, gardening, and making his homemade wine. He was a great supporter of his children being actively involved in sports and extra-curricular activities at school, from Charles and Tilford playing football to Chet and Michael being in FFA. He taught all of us the meaning of a good work ethic and to take care of business. Billy worked hard and played twice as hard! He lived his best life and loved all his family.

The family would like to thank James & Jamie for watching over Daddy’s affairs and his medical needs. The family would also like to extend a heartfelt thank you to the staff at Silsbee Oaks Healthcare and Woodville Health and Rehab Center for taking care of our Daddy during his last years.

And until we meet again, “Same here darlin!” 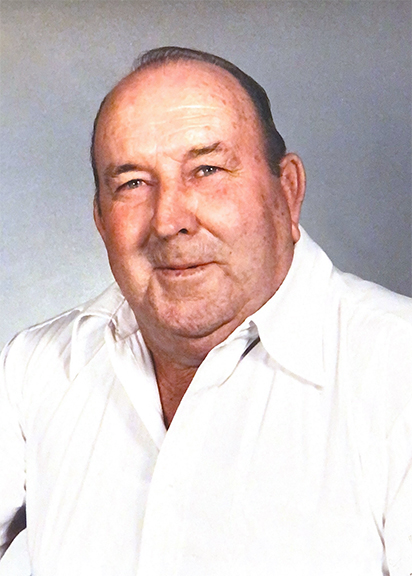 One of the greatest men I've ever had the opportunity of knowing, Always had a smile on his face, and was a big part of my childhood from 82-88. He will be missed as well as his dear wife Linda.

Uncle Billy oh, you will be so You took a piece of my heart with you. I am glad to know that you're in a beautiful place. Love you always, Leisa Anne

My prayers are with Chet, Mike and all the family. Billy was a sweet man. He was a wonderful supporter of Livingston FFA AND Livingston FFA Booster club..

Bruce Wayne, James, Sissy & Tammy, so sorry to hear about Uncle Billy. I will always remember that sweet smile he had. Sending prayers to all of yall.

Uncle Billy I will miss you so much. I always and always will love and miss you. You were the best uncle anyone could ever ask for. I love you so much.

So sorry to the family for your loss. He was a gentle and gracious man. Prayers have gone up for the family.

Prayers for the family. I know he will be missed.

Our prayers go out to all Billy's Family. He was a joy to be around and always great stories! We will miss you and never forget you Tell Linda, Momma and Daddy I said, Hi!

Sorry for the loss of Mr. Bill Young. May God bless his family.

My dad, JD Hargraves, worked with him many years on the County and always thought of him as a good man.

Mr. Billy now you can have all storytelling you want with my Dad Gary, Jack Stelly who you knew all your life and all the county guys.