Yvonne Lyle Craig Osborne Moor, 88, passed away peacefully in her home in Beaumont on May 5, 2020.  She was born in Houston on August 19, 1931, to Kathleen Taulbee Lyle and Robert Marshall Lyle and spent her childhood in Bay City, Texas where she attended Bay City High School, was a cheerleader and graduated valedictorian of her class.  She attended H. Sophie Newcomb Memorial College in New Orleans, and later graduated with Honors from the University of Texas at Austin with a degree in Business Administration. She worked in the banking industry in Beaumont for over 20 years.  She served as a President of the Beaumont Junior League, a Director of the Beaumont Art Museum and as an active member in the Beaumont Heritage Society.

Yvonne was a devoted wife, mother and grandmother and was a great friend to many from all walks of life.  She had a wonderful character, combining keen intellectual insight with a seemingly endless sense of understanding and grace.  She was a devoted Christian who practiced her faith through her actions, never judging, always offering love, understanding and forgiveness.  Those who knew her became a better person from knowing her.

We offer gratitude to all the compassionate caregivers and hospice workers who have assisted Yvonne with special thanks to Shirley Prejean, Linda Johnson, Louie Yap, Carlitha Carrier and Chriseline Yearwood.

Cremation arrangements for Mrs. Moor were handled through Broussard’s Crematorium, under the direction of Broussard’s, 2000 McFaddin Avenue, Beaumont.

A memorial service will be held at a time and place to be determined.  In lieu of flowers, memorial contributions can be made to St. Stephens Episcopal Church, 4090 Delaware Street, Beaumont, Texas 77706. 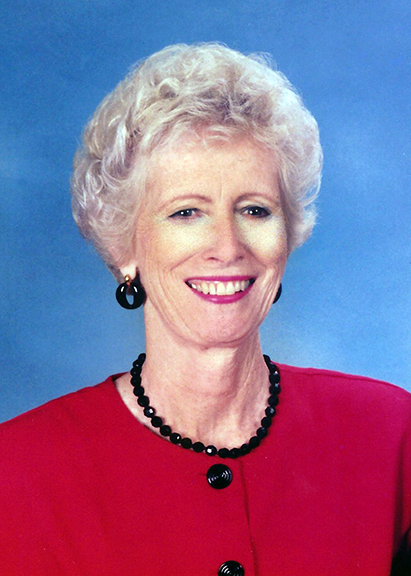 My dear, dear friend through many good times and a few bad. I cherish her memory. She was a beautiful force.

So sorry for the loss of your mom... I was her house keeper for a few years before she moved from Beaumont.. She was a lovely lady with so much style... Sincerely, Karen

I am so sorry for your loss. She was such a great neighbor. I will never for get the happy hour meetings and dinners during the ice storm.

Carolyn and Rome,.so sorry to her of your Mom's passing . my prayers are with you and your family. God Bless

I LOVED Yvonne. Wishing you peace, dear one.

Yvonne was a surrogate Mom to me as I spent many hours in her home as Carolyn's friend. We all admired her for her exuberant strength, her integrity, intelligence, and warmth. She was of great service to many and touched many lives with her joie de vivre. I like the description above of Yvonne as a "beautiful force". She was indeed.

My dearest Yvonne, you will always live on in my heart. Give Les a kiss,and tell Gordon thanks for all the times... I love you always Yvonne.