Alfrieda “Frieda” Marie Manriquez, 83, passed away peacefully on February 21, 2022 surrounded by family. She was born on June 23, 1938 in Port Arthur, Texas, but was a longtime resident of Beaumont. She was a graduate of St. Anthony High School, class of 1956. She had a long career as an Optometrist Assistant, finally retiring in 2017. Frieda attended St. Anthony Cathedral Basilica, often leading the Rosary before Mass.  She was an avid reader. She also enjoyed dancing, bowling, and traveling with family and friends.

A gathering of Mrs. Manriquez’s family and friends will be from 5:00 p.m. until 8:00 p.m., with her Rosary to be recited at 6:00 p.m., Sunday, February 27, 2022, at Broussard’s, 2000 McFaddin Avenue, Beaumont.  A Mass of Christian Burial will be celebrated at 2:00 p.m., Monday, February 28, 2022, at St. Anthony Cathedral Basilica, 700 Jefferson Street, Beaumont, with her interment to follow at Haven of Rest Cemetery, Beaumont. Serving as pallbearers will be Josh Choate, Michael Manriquez, Matt Gilbreath, Adam Burgin, Jackson Manriquez, and Parker Manriquez. 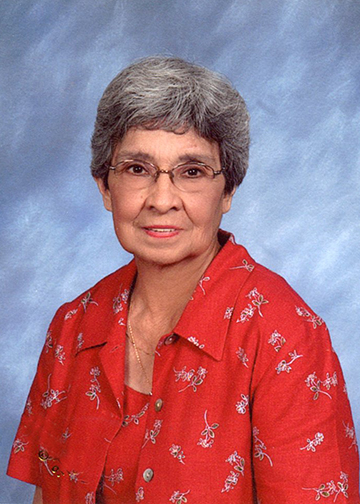 Sad to hear of her passing Joe. My deepest condolences are with you and your family. A very loving video. If you ever need anything just say it.

Mrs Manriquez was a wonderful and a beautiful woman inside and out. I enjoyed speaking with her whenever was at Steve’s for a gathering. And boy could that woman cook!
I will see her again in our Fathers house.

Freida’s optical expertise was much appreciated. Her patience and kindness were outstanding over many years. May she rest in peace.

Cynthia and all of Frieda’s family, we remember Frieda and your father Philip from our St. Anthony high school days, Knights of Columbus and Widman School of Dance days. Jim and I want to send our condolences and prayers to all.

Don Barnett and family extend our condolences to the Manriquez family. I remember Joe’s family as part of the cheering squad for all our school years activities at St. Anthony and Kelly. They were exceptional parents.

Frieda worked tirelessly with our glasses giving us her personal touch to get them “just right”! We enjoyed her friendship and looked forward to our optical visits because of her. She was a treasure!