Anne MacGregor McClellan was born February 6, 1949 in Fairmont, West Virginia and Passed away April 18, 2022 at home in Beaumont.

At a very young age, Anne moved to Parkersburg, West Virginia and was educated in their public school system.  During her youth she developed a love for tennis, the theatrical stage and lifelong friends.

She is survived by her husband, Mark; daughters, Megan Rodgers and husband, Ryan, and their children, Nolan and Camille of Las Vegas, Nevada, Blair Painter and husband, Russell, and their children, Reese, Bridget, and Reilly of Houston, and her baby, Hadley McClellan, of Houston; sister, Pamela Lowe of Orlando, Florida; Mark’s sister, Peggy and husband, Erik Molander, of Portland, Oregon, their daughter Margot Paradise and husband, Paul, of Seattle, Washington;  All of her many fabulous lady tennis buddies; and of course her four-legged buddies, “Fed” Federer, “Venus” Williams, “Fabio” Fognini, Domino, and Tula Fae.

In lieu of flowers, nothing could honor Anne more than making a contribution to an animal shelter in your area. Oh and cheer for Roger Federer whenever you watch him play Anne will be.

Her cremation arrangements were handled through Broussard’s Crematorium under the direction of Broussard’s, 1605 North Major Drive, Beaumont. A memorial service will be held at 2:00 p.m., Thursday, May 12, 2022 at St. Mark’s Episcopal Church, 680 Calder, Beaumont. Immediately following there will be a celebration of Anne’s life at the Betty Greenberg Center for the Performing Arts, 4155 Laurel Street, Beaumont.  Anne’s family hopes all of her friends will join them to enjoy some of her favorite foods and to toast Anne’s life, adventures and share their stories of Anne. 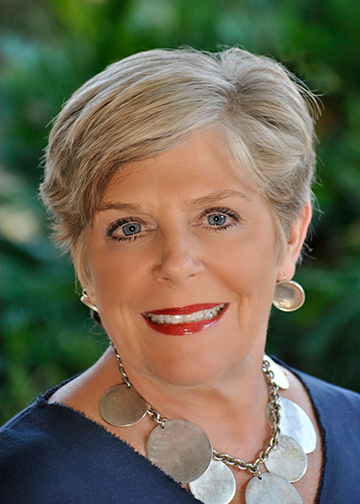 Anne was a nice person and did her job well.

Always enjoyed the opportunity to visit.

Prayers and thoughts are with the family.

Mark, Megan, Blair and Hadley,
So many memories… Anne literally “passing” the roll across the dinner table to Mark; “But officer, I was only going one way!”; Jazzercise; “Oh, Betsy, just stay for one more glass of wine!” It was so much fun growing up with the you. I thank Anne for showing me the spunky, lighthearted way of enjoying life!
I love you all,
Courtney

I had the pleasure of having an office next door to Anne for several years at the RE/MAX office building. We had many conversations about her time spent in Pensacola, as it is one of my most favorite places in the whole wide world. I will not be able to attend her memorial, as I will be (of all places) in Pensacola. But be sure, that on the day of her memorial, I will be thinking of her, and how she loved to bask in the sun on those white sand beaches. She will be greatly missed.

Dear Mark and girls, I had such fun working with Ann at American. I hated it when she left to go REMAX but still loved doing deals with her. Such a happy, joyful, funny soul. I had no idea she was sick or ever had been and was so shocked when I read of her passing and so sad. She will be greatly missed.. Love to all of you and may God bless you and give you the peace that passes all understanding. Susan and Jimmy Simmons

Dear Mark,
I am so very sorry to learn of your loss. I first knew Anne from All Saints. May God wrap His arms around you and your family, and give you peace and comfort. My thoughts and prayers are with all of you.

I smiled all of the way through reading about our Annie Mac. She was my Birthday Twin Soul Sister and we always laughed about all of our similarities~~Starting Real Estate at almost the exact same time at Prudential DuPerier in ’89 & ’90 and our final and favorite spot was RE/MAX ONE, our husbands worked at Merrill Lynch together, our love of dogs and plenty of rescue stories to share, our love of Las Vegas & shiny metallic eyeliner and our trips to Jackie’s Boutique to shop for hours during her huge sales, and our birthday lunches and cakes from RE/MAX. NONE of these will be the same without her.
My thoughts and prayers go out to Mark, Megan, Blair, Hadley and all of her precious grandchildren as they navigate life without Anne. Such a hole in so many hearts. One of a kind. She will be so very missed.

I met Anne on the tennis court and felt so honored when she asked me to be on her team. She always marched on court with an armful of tennis cans, a smile and an inspiring (and often funny) message to motivate her team. Between sets, she told us many stories about her girls and their families. Her life was filled with love and joy!

Anne was always an amazing person and a joy to work with. Prayers for the family.

I’m heartbroken. What a gal. I was lucky enough to get to know Anne on the tennis court. Such a bright light that will be missed by many. Sending hugs and prayers your way.

I am saddened to hear about Anne’s death. She was so vibrant and such a special friend. One I will always treasure. To her family, I pray for God’s blessings to help you through these hard times.
Eddie and Donna Schroeder

Mark, We are deeply moved by the news regarding Anne. Pat and I have vivid and loving memories of “Pensacola Anne.” Stay strong shipmate.

Dear Mark and girls,
I was so sorry to hear about Anne. I have so many great memories of her in the tennis court and eating out after the match! I also shared a room with her several times at sectionals and remember that she brought everything but the kitchen sink!! She was always so much fun to be around and such a sweetheart. I share her passion for fur babies. Loved reading about her life, thank you for the wonderful account. She will be missed. My condolences to all of you. She loved you all so much and talked about you continuously!!

Mark,
I am so sorry to hear of Anne’s passing. I can’t remember a time when she didn’t make me laugh. She was always fun to be around. A true treasure. My thoughts are with you and your family.
Larry Levak

Dear Mark,
Gary and I are so sorry to hear of Anne’s passing.
We have missed seeing you both over the years.
Our best to you and your family.

Dear Mark, Blair, Hadley and Megan,
I am so sorry for your loss. My thoughts and prayers are with you as you go through this difficult time. Your mom will be missed. I am one of the friends that went to Las Vegas twice a year with your mom. We had so much fun and made so many memories that I will cherish always. May God comfort you and bring you peace. Love, Evelyn Smith

This is very sad news for me. I always loved Anne just like all of my other realtors. Prayers for all of you

Mark,
Anne was one of a kind. We all had such fun times together. That’s what I’ll always remember — the good times. My heart felt sympathies go out to you, the girls, and family.
Bill Reed

She sold our house when we moved to Lakeway Texas ,she was such an ethical and hard working real estate agent. I know she will be missed. God bless her..

My deepest condolences to the McClellan family. Although I never met Anne, I felt like I knew her through Hadley’s many impressions of her. She sounded like she lit up every room she walked into. My prayers are with the family during this difficult time. Love, JV

Dear Hadley, Mark, Blair and Megan – I am so very sad to learn of your Mom’s death. She was quite a personality and loved you all dearly. You will be in my thoughts and prayers as Anne has been since we learned of her illness. May God bless you and bring you peace.