Anne Shepherd Nelson was born November 3, 1941 in Beaumont, Texas, the first child of William Smythe Shepherd and Priscilla Townsend Shepherd.  Anne grew up in Beaumont graduating from Beaumont High School in 1959 where she danced with the Purple Queens, was President of the French Club, and was a member of the Anchor and Horizon Clubs.   That same year Anne was crowned Queen X of the Neches River Festival. Anne attended SMU, University of Texas at Austin and graduated from Lamar University in 1962 with a B.S. Degree.

In 1962, Anne commenced a teaching career which spanned 32 years. She taught in every conceivable type of school from the slums of the South Side of Chicago to elite private schools in both the United States and abroad.  She was a superb teacher of Geometry, Algebra, Calculus, and Computer Science. Her students adored her, many staying in contact for years. She had the special talent of convincing her students to work hard in order to please her. In 1984, while teaching full time, raising 14 and 11-year-old sons, and hosting 2 Exchange Students from Germany and Italy, Anne drove an hour each week to Iona College where she was awarded an M.S. in Computer Science in 1985. During those same years, Anne was responsible for introducing the International Baccalaureate Program at Darien, CT High School which today remains a highly acclaimed program.

Anne married Dr. John Nelson in 1966 and moved with him to Beirut, Lebanon where she taught at the American Community School. Later in the 70’s, the couple moved to Teheran, Iran with then young sons. There, Anne taught at the Iranzamin International School where she organized a grand visit of the Queen of Iran to the school.  In Lebanon and Iran, Anne proved culturally adept, easily learning “Bazaar” Arabic and Farsi and became skilled in the cuisine of both cultures. She loved taking camping trips to the historical sites of both countries and excelled in the time-honored process of bargaining.

Following a short, but fast rising career, with GTE-Government System as a Database and Test Specialist in Taunton, Ma, she returned to Beaumont in 1991. After teaching Computer Science for two years at Westbrook H.S., she became an Independent Computer Consultant where she specialized in teaching octogenarians to enjoy the computer and developing databases for charitable organizations. In Beaumont, she actively participated in a number of charities including Texas Gulf Historical Society, Jefferson Theater Preservation Society, Neches River Festival, Magnolia Garden Club, Jefferson County Historical Society, Jefferson County Beautification Society, Master Gardner, Progressive Democrats, and the Sierra Club

A dazzling dancer, Anne was at her best displaying her skills on the dance floor with her Dad and her Brother-in-Law, Ted Primeaux. She made Monday Night “Chicken Night” an institution for her widowed Father and guests. In retirement, she loved to travel, especially to her beloved Middle East. She enjoyed the stimulation of cultures other than her own. In short Anne Shepherd Nelson excelled in the multiple roles of wife, mother, teacher, administrator, friend, adventurer, and community servant.

The family wishes to thank Maria Carmen Olvera, Diane Harmon, and Iris Cole for the long devotion and loving care of Anne. Special thanks to Anne’s sister, Kathy Sibley and cousins, Ann Winslow and Joseph Fisher for their continuing devotion to Anne during her extended illness.

Arrangements for Mrs. Nelson were handled through Broussard’s, 2000 McFaddin Avenue, Beaumont. Due to Covid there will be no memorial service until it is safe for all.  Anne always put others before herself.   The family will notify her friends when the time is right. 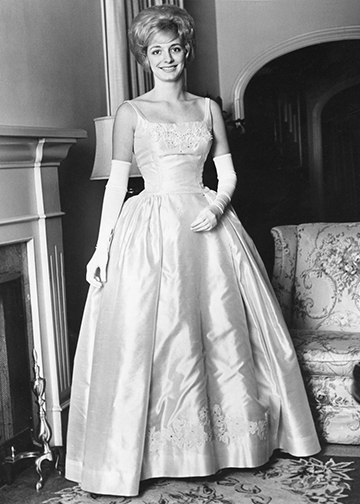 I was in her first class at French High School and then ran into her later at the Jefferson Theatre. Such a great loss.

Anne,and I both left Beaumont at about the same time so it has been many years,since we made contact. Anne was an asset in each community in which she lived. During her life time she HAD MANY accomplishments for which she will be remembered. I extend deep sympathy to her family.

My family, The Quickâ€™s, and the Shepherdâ€™s, were lifelong friends. I was the youngest and have the least of memories, but remember Anne to be such a strong, intelligent and funny friend of the family. She always called Kathy her sister that she never had. Life in the past is so different from our current times, but the memories with Anne and the Shepherd family, along with John who seems to have been there forever, will always remain. May John, Scott, Cade, Bill, and their families be at peace now as Anne is now at rest. She has been and will always be missed.

Always a lovely lady, gentle-looking but strong when she needed to be. Sincere sympathy to John, Liza and the family.